Focusing on Finding $$ for a Universal Student Transit Pass Program This Year! 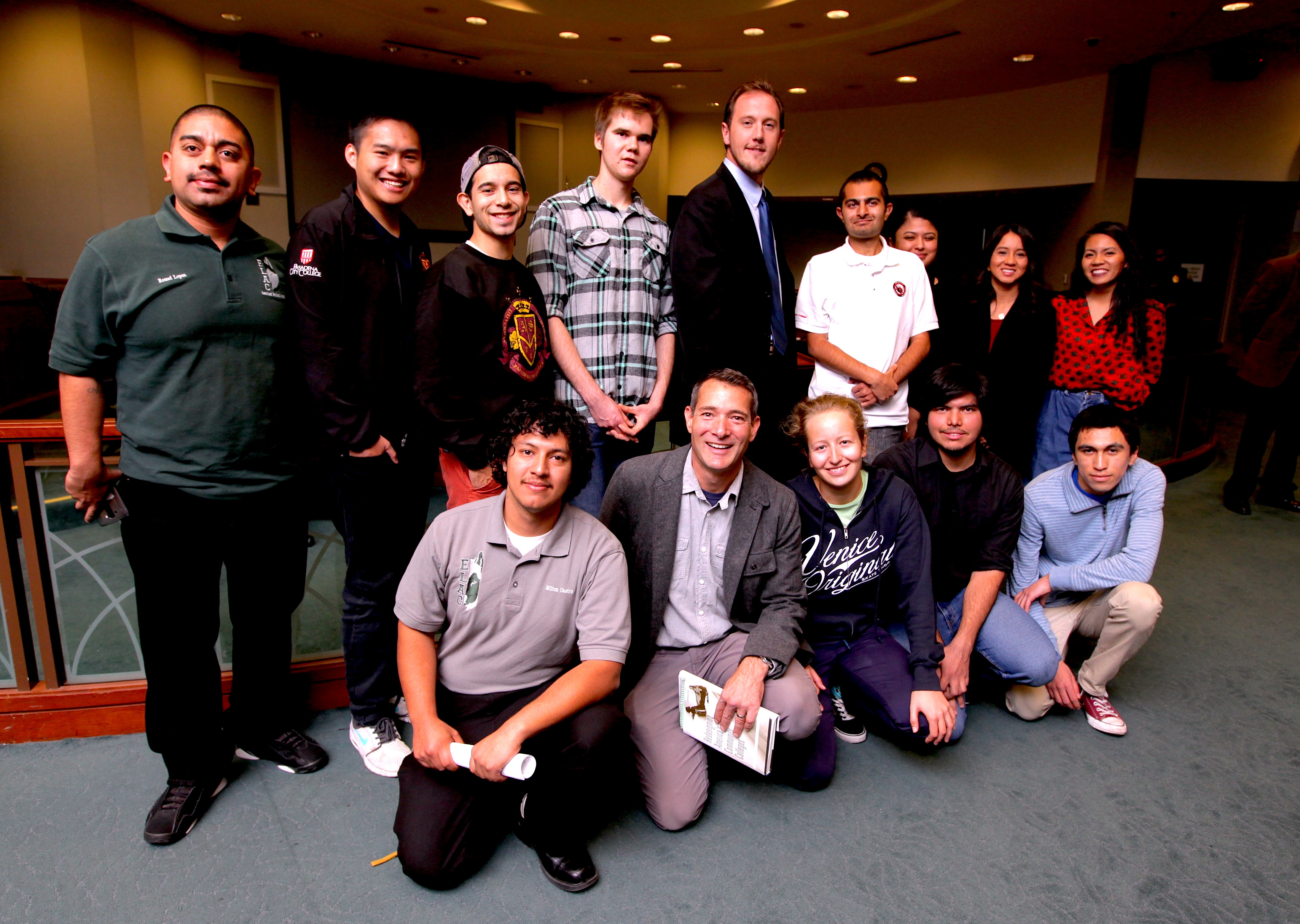 This could very possibly be the year we win funding to implement a universal student transit pass program at LA Metro as a way to build transit ridership even as we build out the transit system in LA County. The photo above is of just a few of the students who showed up at the Metro board meeting in December, due in part to interest in this issue stirred up by the involvement of the LA Community College District Student Affairs Council, the Region VII Student Senate for California Community Colleges, and the Community College League of California.

This week Move LA Leadership Board VEEP Danny Tabor, former Inglewood mayor and now executive director of the Los Angeles Southwest College Foundation, spoke about student passes at a Legislative Briefing in Sacramento. Danny talked about the using Greenhouse Gas Reduction Fund monies to incentivize and help fund student transit pass programs, which would help us achieve our statewide goals for reducing GHG emissions, VMT, petroleum use, and the cost of a college education -- a win-win-win-win proposition. Danny also talked about one student he knows who has to rely on Uber to get to school as LA Southwest College is so  poorly served by transit, and another student who has to leave his job early to take a 2.5-hour bus ride to an 8 p.m. class.

We will be focused on the student transit pass opportunity this year because . . . look at it this way: If transit ridership would grow across LA County as much as it did at Santa Monica College, Mount San Antonio College and Pasadena City College after student pass programs were instituted — which is about 400% to 500% — a countywide universal pass program could create 70,000 new riders in LA County. That’s a 5% ridership increase or about 70,000 new riders daily — as many as ride the Blue Line, the busiest light rail line in America. In other words, it’s like getting another Blue Line but without actually building it!