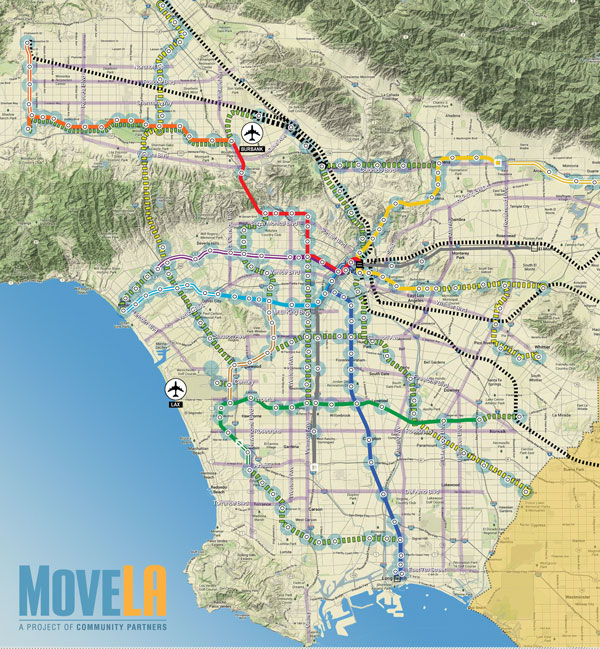 Freeways play such a pivotal role in day-to-day lives out here that they are knighted with definite articles (“the” 110) and they are vicious. There is no "I" in freeways in LA, just you and thousands of other miserable people. At least I finally understood how this seeming paradise was actually something slightly less than the Garden of Eden it seemed to be when I first frolicked around Westwood in perfect 72 degree weather with a Double Double in my hand while skipping to Diddy Reese for dessert.

Fast-forward to 2015 and I am now a hardened Angeleno. I was here before either The Grove or Hollywood & Highland opened. I remember the Crazy Gideon commercials with a weird fondness and yes, Larry is still killing me. And most importantly, after spending more than a decade mimicking Steve Martin in LA Story when he gets in his car and drives 200 feet just to yell at his neighbor, I had progressed through all the phases of Los Angeles driving psychology.

First there is bewilderment. Then determination (I will get there quicker using side streets than the freeway!). Then acceptance (no, there is no such thing as a side street that’s quicker than the freeway). Then there is anger at that acceptance when you’re late for the one thing in LA you can’t be late for, so you decide to take the 10 instead of Pico at 10 p.m. on a Tuesday -- only to hit a snarl of traffic.

The final stage is nirvana: You really just don’t care. People can cut you off. The driver in front of you at a yellow light can choose to be timid and wait (everyone knows they're from out of town anyways). Nothing phases you because you just have KCRW or whatever on the radio and you’re in full-blown auto-pilot bliss on your hour-long commute through the mere 14 miles all the way from downtown LA to the Water Gardens in Santa Monica (another true story).

But, for the first time I believe, things are kinda, sorta, maybe changing?

As I explained in an earlier blog post, I had a personal public transportation revelation when I was without a car for 8 months (read: I realized it existed). I now commute to work on the Red Line (or the 20 bus, or the 51) and am a pretty happy camper.

But I have also started working as a consultant with this fine organization [Move LA] and have been thrust into the world of LA transportation and its politics. Little did I know just a few short months ago that the Expo Line (aka the "Subway to the Sea") that I was so excited about was made possible in part by the work of Move LA and its huge coalition, which helped get the Measure R sales tax initiative for transportation on the LA County ballot in 2008 and helped it win with 66.7% of the vote.

Now I am smack dab in the middle of the conversation about a possible Measure R2 on next year’s ballot to secure even more money for an even longer period of time to build a transit system that’s on par with those in London or New York. I mean, when the New York Times is talking up your public transportation system, you know that something big is up.

Oh I’ve heard all about how Los Angeles is going to be the next great transportation metropolis, the first true 21st Century City in America to connect its many centers and even its far-flung suburban neighborhoods with a transit system.

I’ve even become familiar with transit maps like the one depicting a possible tunnel connecting the deep north of the San Fernando Valley to LAX, effectively eliminating that internationally nefarious stretch of the 405 freeway I first traversed way back when.

In the past few months I have talked and thought more about transportation in all of its many forms -- past, present and future -- than I ever thought I would over the rest of my life. Hell, I was even invited to talk on a panel at a conference full of transpo mavens.

But what’s become evident to me is that this isn’t just a bunch of malarkey. This is something very real and very possible that will touch many peoples’ lives now and in the future. The map you see at the top of this post is a very, very real version of what LA could become.

And when you show people a map like the one posted above -- a map of Move LA's "strawman proposal" about what could be built with another 1/2-cent sales tax measure -- they light up. When I tell friends I am working with an organization that may help secure funding to extend the Purple Line through West Hollywood or turn the Orange Line into light rail, they get it. They understand that this will be transformative not just in a grandiose this-is-the-future-of-Los-Angeles sense, but in their own day-to-day lives. Early polling by Metro suggests very high levels of support exist for the idea of another sales tax measure.

I have thrown my arms up so many times in the past decade and spouted to anyone within earshot that “I can’t wait to move to a city where I don’t need a car to get around.”

Turns out, that city just might be this one.