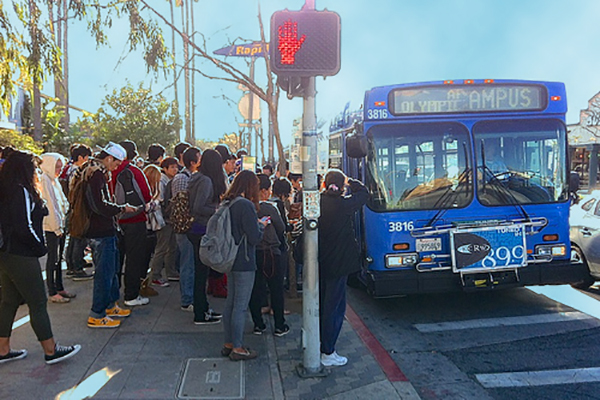 We believe $5 million could pay for a pilot program involving 3-5 community colleges, perhaps one in each supervisorial district. We also believe that a pilot program could prove the efficacy of student transit passes in boosting student transit ridership and reducing driving and GHG emissions, and be a way to win bigger funding down the road.

Student transit passes are an eligible activity to fund with the Low Carbon Transit Operations Program, and we have already begun talking with Metro board members in search of a champion(s) for the idea. We hope to involve both colleges and students in this campaign.

The LCTOP program funding will likely be discussed by the LA Metro board September 24, and a proposed funding program is likely to come before the board for approval on October 24, so once again we have to mobilize quickly. We hope to bring 10-12 people with us to the September board meeting to advocate for student passes.

And please share with us any ideas that you may have about good organizations to partner with or other opportunities going forward. We promise to keep you in the loop. Thank you for your interest and efforts! We believe this is an idea whose time has come!