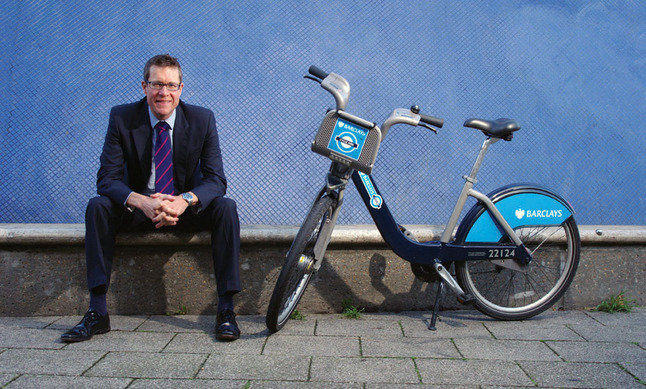 When the Planning Report asked Plowden to reflect on his experience in LA, he said he was genuinely impressed:

“It’s clearly a crazy-energetic city with loads of people thinking of new ways of repurposing it to make LA fit for the 21st century in a knowledge-based and experience-based economy. Los Angeles has huge resources in terms of population and economic vibrancy,” he said.

But some things are as true in London as in LA, Portland or Seattle, he added, including that demographic changes are causing people to move back into the city center — because they are postponing marriage and/or child-rearing — while at the same time some industries are also choosing to re-locate in cities because their creative culture depends on the proximity and density of workers — industries like the tech sector and bio-science.

He added that LA has made substantive gains because advocates and agencies have pushed for investments in transit, in particular, as well as in bike lanes, and because there is increased interest in implementing carshare and bikeshare. The result, he said, is that people suddenly feel comfortable considering living without a car because they can choose from a variety of other options.

“If this can be made to work in LA — a city built up around the automobile — then it can work anywhere in the world. Coming from a place where the ability to do this is relatively straightforward,” he told the Planning Report. “I’ve been impressed by how much has been achieved here, in an environment where change is much more complicated to negotiate because there are many more layers of government involved. For this reason, the transit build-out is especially impressive.”

Plowden told the Planning Report that because the mayor of London also chairs Transport for London’s board it’s been relatively easy to integrate bus, rail, taxis, shared mobility and other forms of transport, since Transport for London is responsible for funding, regulating, licensing, influencing and contracting all modes. (Note to readers, LA’s mayors also chair Metro’s board, but only for a year before the chair is rotated to other member. LA also has a “weak mayor” system of governance that balances the mayor's power with that of the city council, giving the mayor a reduced role.)

“[The combined roles of the mayor] gives us a huge advantage in making sure that customers get seamless service,” he noted. “When you get off the railway, for example, there’ll be a bus waiting outside. We [also] have a single ticketing system for all public transport. We have a website with a journey planner on it. And we put all our operational data into a ‘dataset store’ for app developers to use . . . The national government and the mayor have encouraged us to [do this].”

Plowden told the Planning Report that London’s biggest transportation challenge is, as it is in LA, the demand for the road network, which can’t be expanded:

He said that demand for space on the road network in London is starting to pick up again after the 2008 recession, with more cars, buses, streetcars, vanpools, taxis, bicyclists and pedestrians now competing for what is a finite set of assets — not only road space but also curb space for transit stops and parking — since there isn’t much appetite for building major new highway capacity in the city.

The real challenge, he said, is trying to work out an optimal use of the road network overall, and of particular locations at particular times of the day, in order to promote the overall social and economic health of the city. Plowden says London hosted a Roads Task Force to talk with all the interests and lobbyists in order to come up with a solution for managing and operating the road system. He said the process had never been tried before and that while people still left the room thinking their interests should be a priority that they also understood that multiple users of the system that felt the same way and that their needs also had to be addressed. He said he finds the politics of increasing rail capacity to be far less complicated.

He said London’s changing demographics are changing Transport for London’s priorities and allocation of resources. He said that when a research team working for TFL asked why car use in London was declining — was it a result of policy or of recent investments? — that they concluded it was a combination of factors such as substantial improvements in the bus network, an increase in bicycling and also in walking (which was in proportion to the increase in population).

“The increased number of younger people who have moved into the city has also had an impact,” he said. “Even if they could afford to own a car, they couldn’t afford a place to park it. They cycle. They have a fantastic bus network, and everything they need is [within reach via] their cell phone. There is [little] interest in owning a car for the sake of owning a car because from a functional point of view they can hire a car if they need to, or take a taxi or streetcar.”