Can This Grand Coalition Agree On Which Projects To Fund? 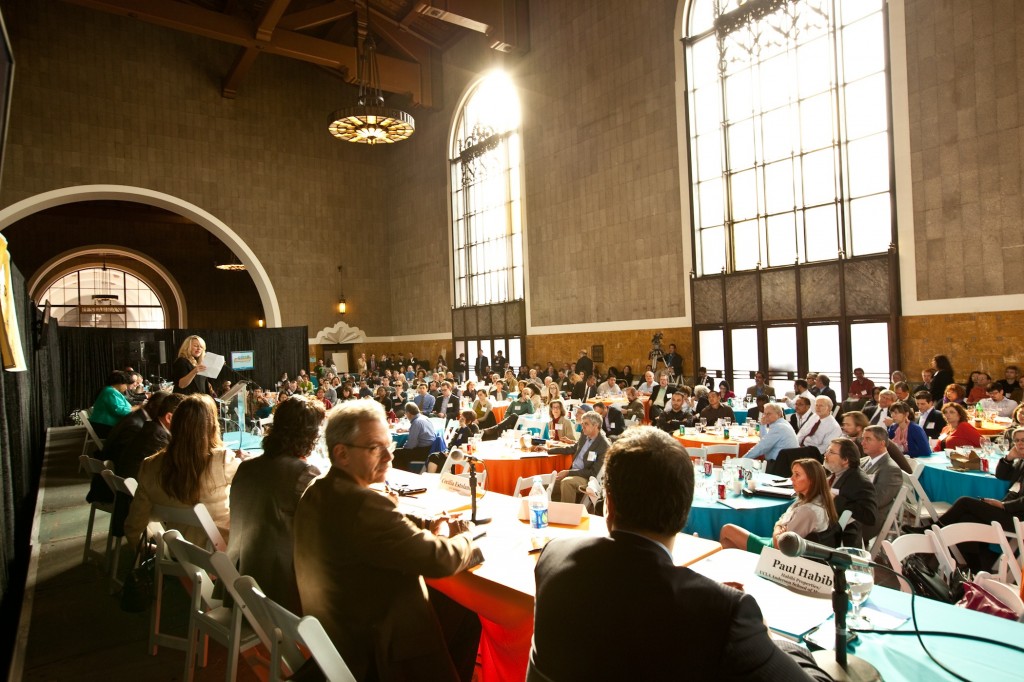 The business-labor-environmental coalition that believes we must build out our transit system is even broader now than it was when we helped the Measure R sales tax win a 2/3 vote on the ballot in 2008. A bigger, bold new coalition is coming together around a possible new transportation ballot measure, and it includes LA County's cities and subregional councils of government, faith-based organizations, students and community colleges, people with disabilities, community-based organizations concerned about public health and social equity, affordable housing advocates and arts organizations.

This is a grand coalition, but will we be united on what a sales tax measure should fund?

Will we choose a robust plan with iconic projects — like finishing the rail line to LAX as well as both the Foothill and Eastside Gold Lines? Will we agree to extend the Green Line to Torrance and the Crenshaw Line to Wilshire and then to West Hollywood, and then to connect it to the Red Line in Hollywood? Will we agree on building a light rail tunnel under the Sepulveda Pass to Westwood, and then perhaps extend it all the way to LAX?

Can we agree on an investment program that will be the capstone to our efforts to clean the air and reduce traffic congestion, one that will also serve as bookend to the state's efforts to combat climate change by reducing GHG emissions?

Or will we have more modest ambitions?

Join our gathering of several hundred transportation leaders and stakeholders at Union Station on April 22 where important scenes in this drama will play out. This is Move LA's 7th Annual Transportation Conversation. We have met every year since January 2008, when the decision was made to put the Measure R sales tax on the November ballot.

This year LA Mayor Eric Garcetti is our keynote speaker at 10:30 a.m., and Dr. Manuel Pastor from USC is first up, with opening remarks at 8 a.m. LA's 41st Mayor Antonio Villaraigosa will present awards to the transportation heroes who worked with him to bring Measure R forward -- including Zev Yaroslavsky, Richard Katz, Pam O'Connor, Art Leahy, and Bonnie Lowenthal -- at 2 p.m.