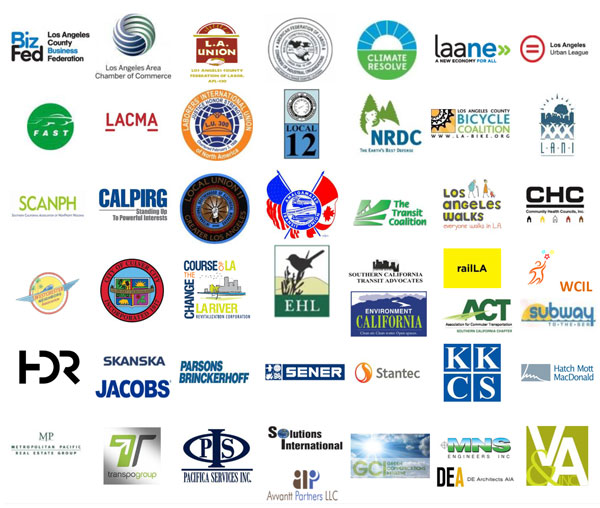 California Senate President Pro Tem Kevin De Leon (D-Los Angeles) is the author of SB 767, which if passed will authorize LA Metro to put a new half-cent sales tax measure on the 2016 ballot to fund transportation improvements in LA County. These are the organizations who have signed on to a letter of support from Move LA to the Legislature.

We applaud Senator De Leon's use of broad language that leaves planning decisions about which projects and programs to fund up to LA Metro and stakeholders in LA County, and our support letter encourages the Legislature to respect local decision-making. We believe this broad language will also help energize involvement in and support for a transportation measure that will generate economic activity and job creation, and reduce GHG emissions and clean our air.

Given that LA County is home to more than a quarter of all residents in California, this infrastructure investment will create significant benefits for the state as a whole. It will also enable LA County to leverage local funding to get more support from the federal government and to be more competitive for funding from the state's Greenhouse Gas Reduction Fund. The signatures of those who signed on to this letter of support are listed below.