Tunua Thrash-Ntuk began by asking the question that many people are asking: Why is it that with so many transportation options now available in Los Angeles—following voter approval of Measures R in 2008 and M in 2016, which are now providing $120 billion (mostly for transit) over 40 years—that traffic is getting worse and bus ridership is declining? 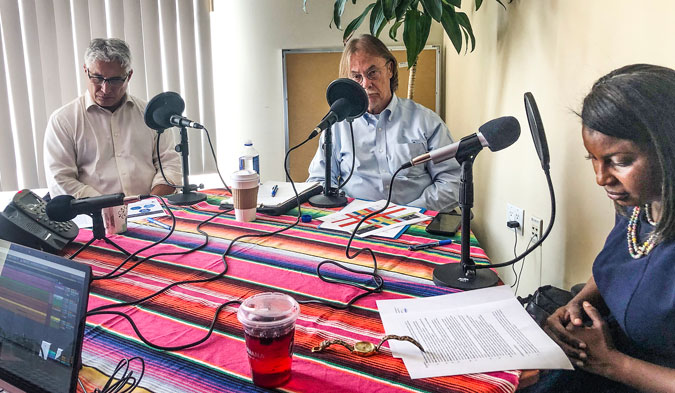 The answer? It's not just a transportation problem, it is a housing affordability problem.

"There's definitely a housing-transportation nexus here," Sen. Ben Allenbegan. "So many people can't afford to live near where they work that as housing costs increase they have to move further and further away. We need more housing near job centers and more transit to get people to jobs."

Denny Zane agreed, noting "It's important to appreciate that housing has a dramatic impact on ridership, and the people who ride transit most often are from low-income households, which are being forced out of Los Angeles as high-income households move in—many of them to work in LA's expanding tech industry—causing rents and housing prices to climb."

Larry Kosmont pointed out that local governments could step up and help solve the need for more affordable housing if they had a way to capture the value of the public investment LA County is making in transit—adding that if government doesn’t capture the value, the private sector will by building luxury condos and high-rent apartment buildings.

Value capture is what community redevelopment agencies used to do, but Governor Brown ended redevelopment to deal with the state’s budget crisis in 2011, and recreating it has recently been the subject of much discussion in the state Capitol.

These districts could enable cities to bond against the future tax increment and begin improving these neighborhoods and turning them into mixed-income, mixed-use, transit-oriented communities. SB 961 requires that 40% of the funds be used for affordable housing for low- and very-low income people as well as people who are homeless—redevelopment in contrast required only 20% of for housing that is affordable.

"There are tools, like SB 961, to do this but they need to be strengthened," Larry concluded. "What is missing is motivation for government agencies to cooperate by committing a share of their property tax increases to reinvestment in these districts."

Denny said the intent of SB 961 is to create an important new funding source for community building in mixed-use mixed-income neighborhoods along underutilized boulevards. LA County has a significant number of these commercial corridors that are served by high frequency bus and rail transit—including Vermont, Venice, Valley and Vanowen, said Denny, adding "and that's only the boulevards that start with a V."

Sen. Allen, Denny, Larry and Tunua talked at greater length about the importance of value capture and how it can be used to invest in community development and increase transit ridership—we urge you to listen to the whole conversation here: Podcast #13: "What Move LA is Doing Around Transit Districts." This podcast series is part of an even larger conversation about how to make LA neighborhoods better in a time of growing prosperity and growing inequity in LA, and it's a celebration of LISC's 30 years in LA. Thank you Tunua Thrash-Ntuk!