LA County Supervisor Mark Ridley-Thomas, chair of LA Metro's Board, plans to introduce a motion at the Thursday board 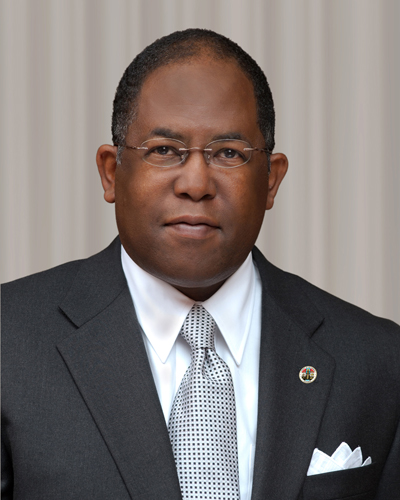 meeting to study the feasibililty of implementing a universal student transit pass program in LA County. Metro is looking at a number of strategies to increase transit ridership, especially with a new and maybe life-long group of riders. Metro does currently have a discounted student transit pass program. But best practices show the most successful programs allow students to sign up for deeply discounted passes during the registration process. Metro requires students to come to Metro and pay up front.

Here's a draft of the motion that Supervisor Ridley-Thomas will introduce:

Los Angeles County Metropolitan Transportation Authority (Metro) staff is pursuing a number of strategies to increase ridership. While the agency currently offers subsidized monthly transit passes to students, it has not partnered with community colleges to offer a deep subsidy consistent with “Universal Pass” programs, which allow students significantly subsidized transit passes through their academic registration process. This model has been implemented at both public and private institutions locally and across the nation, and has demonstrated an ability to increase transit ridership and reduce student driving, thereby reducing traffic congestion. Research that dates back over two decades suggests that these programs are also worthwhile for the transit operator, as the programs have led to increases in total transit ridership, filled empty seats, and reduced the operating cost per ride.

As the agency pursues strategies to attract a new, diverse and sustained group of riders, the community college base may be one key sector to focus our efforts; the population tends to remain local over the long-term, and the subsidized pass can provide an impetus to become acquainted with our system. The recent expansion of the TAP card to all municipal operators throughout the County’s system would likely also increase the utilization and futility of a Universal Community College Student Transit Pass Program.

In addition to the “opt-in” increase in student registration fees, the costs of such a program could be subsidized by the college, as it will reduce parking demands. In addition, Metro could solicit additional resources through the South Coast Air Quality Management District’s Mobile Source Air Pollution Reduction Review Committee. Later this Fall, the Metro must also provide a proposal to the State of California on how we propose to spend approximately $30 million of Greenhouse Gas Reduction Fund/Low Carbon Transit Operations Program revenue that is expected to be allocated to the agency through the State’s Cap and Trade Program; a revenue source that is anticipated to grow in the coming years. Given the focus on increasing ridership, this may also be a viable funding source for a Universal Pass program.

I THEREFORE MOVE THAT THE BOARD OF DIRECTORS:

Direct the Chief Executive Officer to provide a report in 60 days on the current College TAP Program, including the usage, marketing and outreach efforts to community colleges, as well as an assessment of the feasibility of piloting a Universal Community College Student Transit Pass Program.