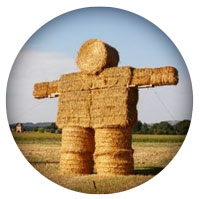 THE TRANSPORTATION SECTOR is responsible for almost 40% of all greenhouse gas emissions in California and about 80% of all the NOx emissions that are the biggest cause of air pollution in Southern California. In other words, the transportation sector is the single biggest contributor to both air pollution and climate change, and this is why reducing GHG emissions and NOx by the accelerated deployment of zero emission and near-zero emission technologies is our #1 priority. We could do this with just one ballot measure. Here is what we propose:

Vision 2020 Ballot Measure
We propose that a measure be placed on the November 2020 ballot in the 4-county South Coast Air Quality Management District, a district made up of LA, Orange, San Bernardino and Riverside counties (though not including the high desert portions of LA and San Bernardino counties). This measure would require authorization by the legislature and the governor, giving legislative leaders an important role in the measure’s formulation. (Note: We may prefer a "voter initiative" rather than agency-sponsored measure because a recent California Supreme Court decision may mean a voter initiative would require a simple majority instead of a 2/3 vote. Stay tuned.)

Proposed “Strawman” Expenditure Plan for SoCal Ballot Measure
The way we would move an initiative like this forward—as with Measures R and M—is to begin by creating a “strawman” draft proposal and then circulate it among key constituencies and their leadership for comment, suggestions and revisions. The ballot measure we are proposing would raise $1.4 billion per year, and with adjustments for inflation could be expected to yield approximately $65 billion over 30 years. The measure could contain a provision for "no sunset."

Assumed Revenue Sources for Strawman Expenditure Plan
The revenue could be derived from several sources, and a mix of revenue sources may be necessary to ensure all beneficiaries of the investment program pay a fair share of the costs. For illustrative purposes, a quarter-cent sales tax in the South Coast district can raise about $700 million per year. Modest registration fees on trucks and cars or, alternatively, fees on other goods movement related activities or tolls on truck-only lanes could help raise another $700 million per year toward a goal of $1.4 billion per year. The revenue from such a measure would grow as the population and economy grow, and we believe that ultimately it could raise about $35 billion over 20 years or $65 billion over 30 years.

Proposed Expenditures
This is the expenditure plan we are proposing, assuming the ballot measure yields $65 billion over 30 years (as discussed above). Funding should be allocated for each county in proportion to that county's population, with:

Distribution of Funds
In each of the four counties funds should flow directly to the agency responsible for implementing a program that reflects the goals of the ballot measure. Funds for the accelerated deployment of zero- and near-zero emission vehicles would be invested by the South Coast Air Quality Management District; funds for Metrolink investments would be invested by the Southern California Regional Rail Authority directly; funds for goods movement investments should be invested by county commissions, or the ports where appropriate. (It may be preferable for a regional goods movement authority to be created by the measure, perhaps as proposed in SB 862 by state Senator Alan Lowenthal (D-Long Beach) in 2011.

Job Creation
The Vision 2020 measure is likely to create tens of thousands of jobs in the design, construction, operation and management of a transportation system that will be widely acknowledged as second to none in the world, as well as jobs in an expanding emissions-free goods movement system.