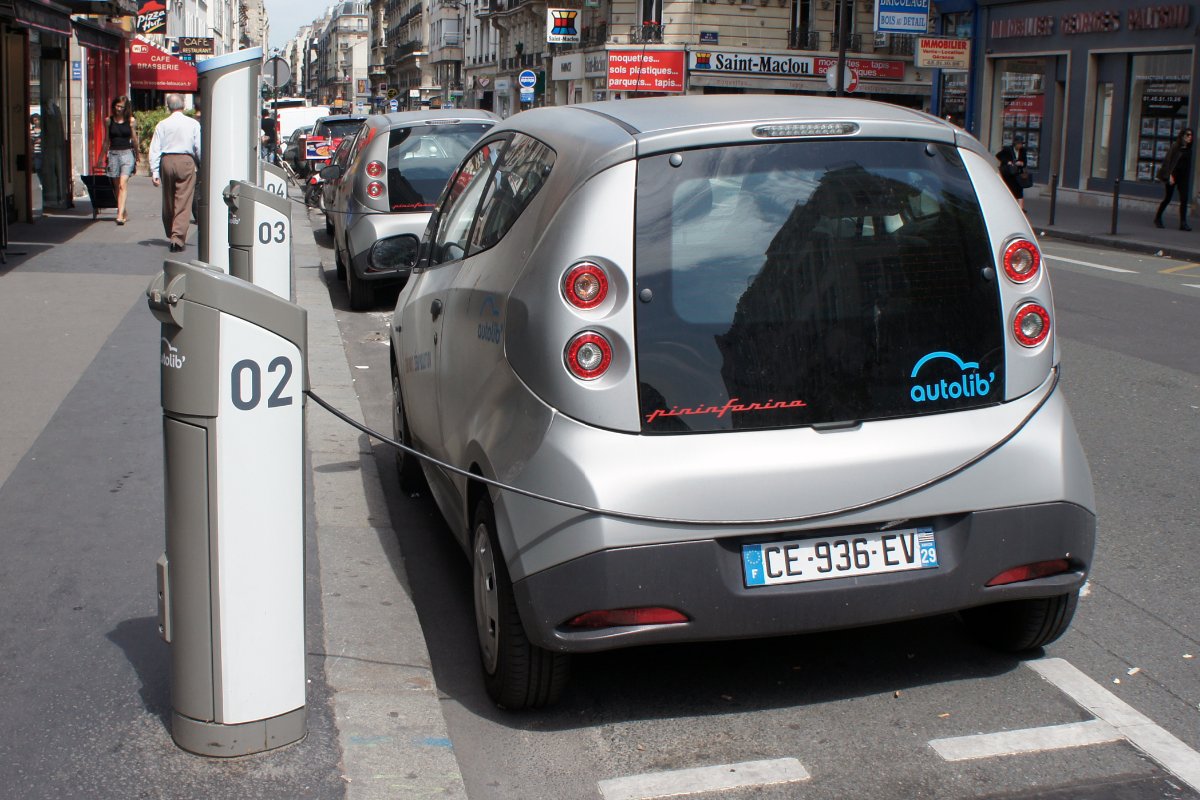 Written by Creighton Randall, the Shared Use Mobility Center's Program and Development Director (Photo is of the Bollore Group's Autolib EV carshare program in Paris—with 4,000 cars!)

The City of Los Angeles made a big step forward for innovative, equitable mobility this week when the LA City Council authorized a contract with operator BlueCalifornia, a subsidiary of Bollorè Group, to run an electric carsharing program in disadvantaged neighborhoods in central Los Angeles. The program is supported by $1.67 million in grant funds from the California Air Resources Board (CARB) and $1.82 million in EV infrastructure rebates, fee waivers, and in-kind support from the city.

More importantly, it contains several unique elements – from the myriad of benefits it promises to the wide array of partners it involves – that make the pilot truly the first of its kind in the nation.

A great deal of effort, commitment and hard work will still be needed to ensure the project delivers on its objectives. But we think it’s safe to say that, as other cities across the nation look for ways to expand transportation options for their residents, they would do well to follow LA’s example.

Here are 3 reasons why LA’s EV carshare pilot is helping to set the agenda when it comes to urban sustainability and shared mobility:

It Combines Several Unique Elements in One Project

Following the recent passage of Measure M, the launch of Metro Bike Share, and other important developments outlined in the Shared-Use Mobility Center’s (SUMC) Shared Mobility Action Plan for Los Angeles County, this project represents another step forward in creating a network of affordable, environmentally sound transportation choices that work for all Angelenos.

At the core of the project is a unique public-private partnership that will help the program scale toward financial sustainability while putting service to disadvantaged communities at the core of its operations. The pilot includes an array of worthy outcomes, such as:

This project further signals the changing landscape of shared mobility in Los Angeles, and will also provide an electric vehicle "commons" that, like bus stops and bike lines, optimizes public right of way for collective rather than individual use. The negotiation of this network represents one more step toward the goal of taking 100,000 cars off the road in LA through a combination of shared mobility and transit, as envisioned in SUMC’s Action Plan.

It's Supported By A Wide Range Of Partners

Getting this project right would be impossible without the right mix of stakeholders. Thanks to the efforts of Mayor Eric Garcetti’s Office of Sustainability, the pilot brings together an impressive array of partners whose efforts will be critical to delivering on the promise of this model. They include:

It's Built To Scale

In designing this program, and as we move into implementation, SUMC has focused on working closely with both Bollorè Group and the City of LA to ensure that this project is built to eventually become a self-sufficient enterprise while maintaining a focus on serving disadvantaged neighborhoods.

While BlueCalifornia will initially invest $10 million in a sizeable 100-car electric fleet and 200 charging stations, the possibilities are even greater. When you consider that Paris’s Autolib EV carsharing system has expanded to 4,000 vehicles, the idea of a carsharing network that reaches all of LA doesn’t seem quite so far-fetched.

With the possibility of continued support at the state level, public investment may eventually grow to between 10 and 15 times the scale of this first phase, and private sector investment could multiply by a factor of 20 or more over five years. The long-term growth and success of this system will ultimately require rapid market-driven expansion in parallel to public investments, creating an extensive network that serves all Angelenos.

While much more remains to be done, LA can be proud of moving forward on a pilot project that will certainly turn heads in cities around the world in the years to come (in fact, it was already named to the Sustainia100 list of the 100 most innovative urban sustainability projects worldwide).

SUMC is honored to have been a partner in the design of this program, and we look forward to now working with Mayor Eric Garcetti, the Los Angeles Department of Transportation, BlueCalifornia and the project’s many stakeholders to make it a success. Now the real work begins!