6-0 Vote for AB 2222 in the Senate Environmental Quality Committee Yesterday! 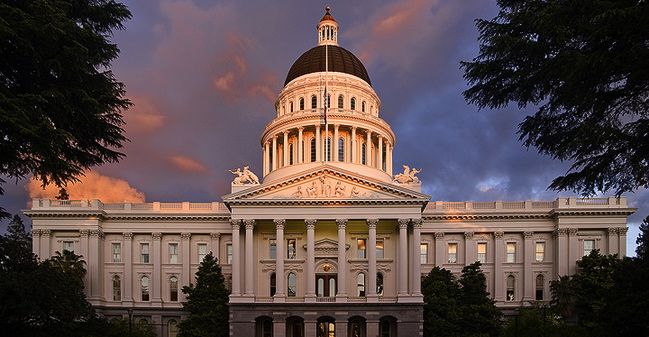 The final vote was 6-0 in favor of AB 2222 (Holden, D-Pasadena) yesterday in the 7-member Senate Environmental Quality Committee—viewed as a clearing house for all GHG-related bills. (Senator Ted Gaines, R-El Dorado, was not in attendance and did not vote.) The hearing room was packed as the committee was considering some 35 bills, and there was a long line of people urging a yes vote on AB 2222, including Metro lobbyist Andrew Antwih, who reminisced about the student transit pass he used to ride RTD buses—"rough, tough and dangerous," he said the bus system was then called—to and from school in the 1980s in South LA.

Reference to the GHG Reduction Fund was removed from the bill—which would create a program to provide discounted passes to low-income K-12 and public college and university students statewide—to help ensure passage since the Cap & Trade program has become, to quote a recent LA Times story, "mired in legal, financial and political troubles that threaten to derail the state’s plans to curb greenhouse gas emissions." Assemblymember Chris Holden, the bill's author, as well as co-sponsors Move LA, Transform and other supporters will be searching for other funding sources for student passes over the next month. The bill was referred to the Senate Appropriations Committee, where it is likely to be put on suspense.

We will keep you informed! Thank you so much for your help!