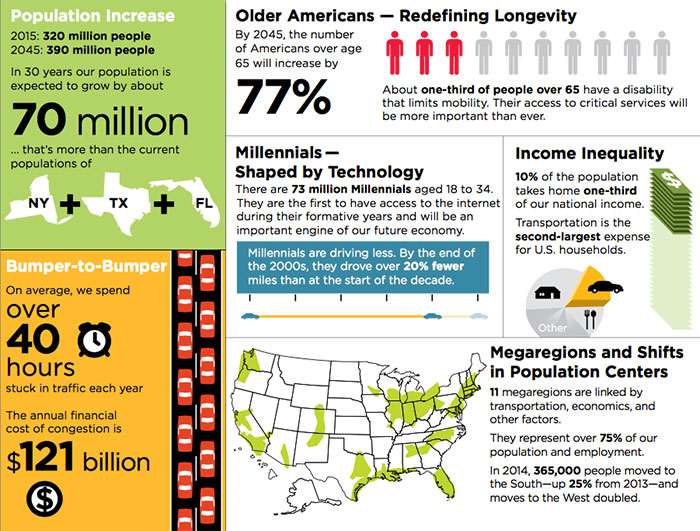 The Verge continues: The problems are endless: ancient infrastructure is crumbling without the money to repair or replace it. Renewable energy strategies aren't materializing quickly enough. Rapidly growing urban centers are buckling under the weight of the commuting residents that occupy them. And all the while, the specter of global warming threatens to quite literally sink everything.

In a perfect world, the DOT would be coming to the table with a slate of solutions — not problems — but it's not. Instead, it's calling Beyond Traffic "an invitation to a conversation" about how to fix things. "Everyone uses our transportation system, which means anyone can help build its future," a slide deck highlighting the study reads.