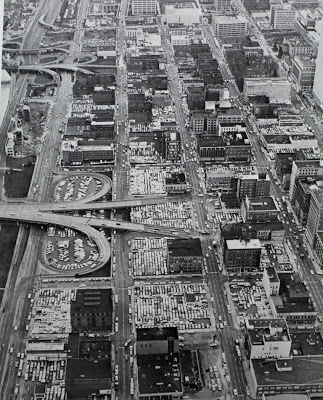 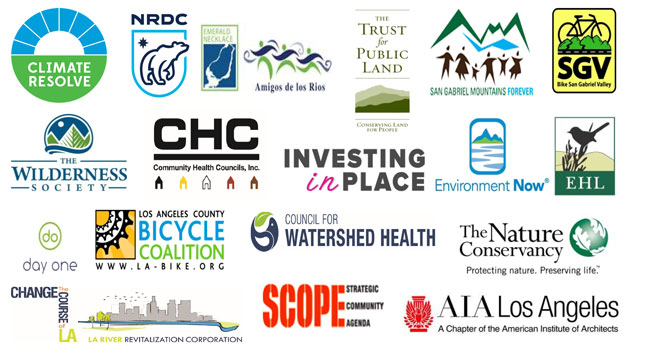 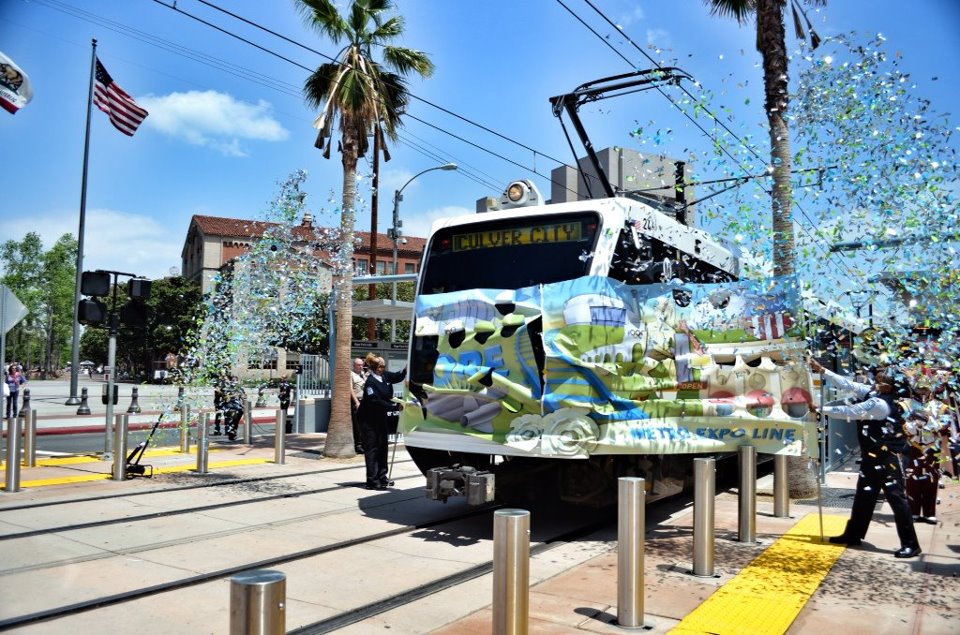 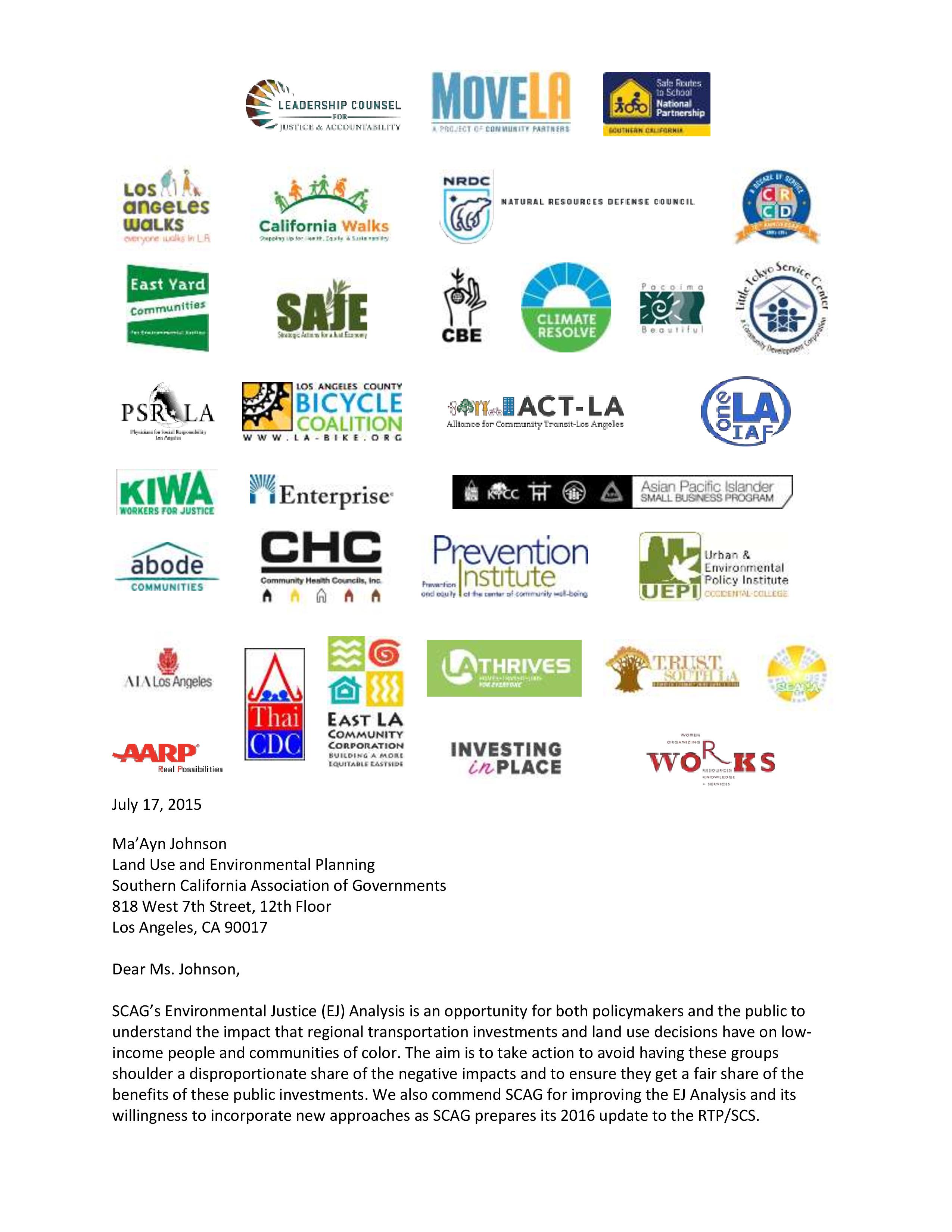 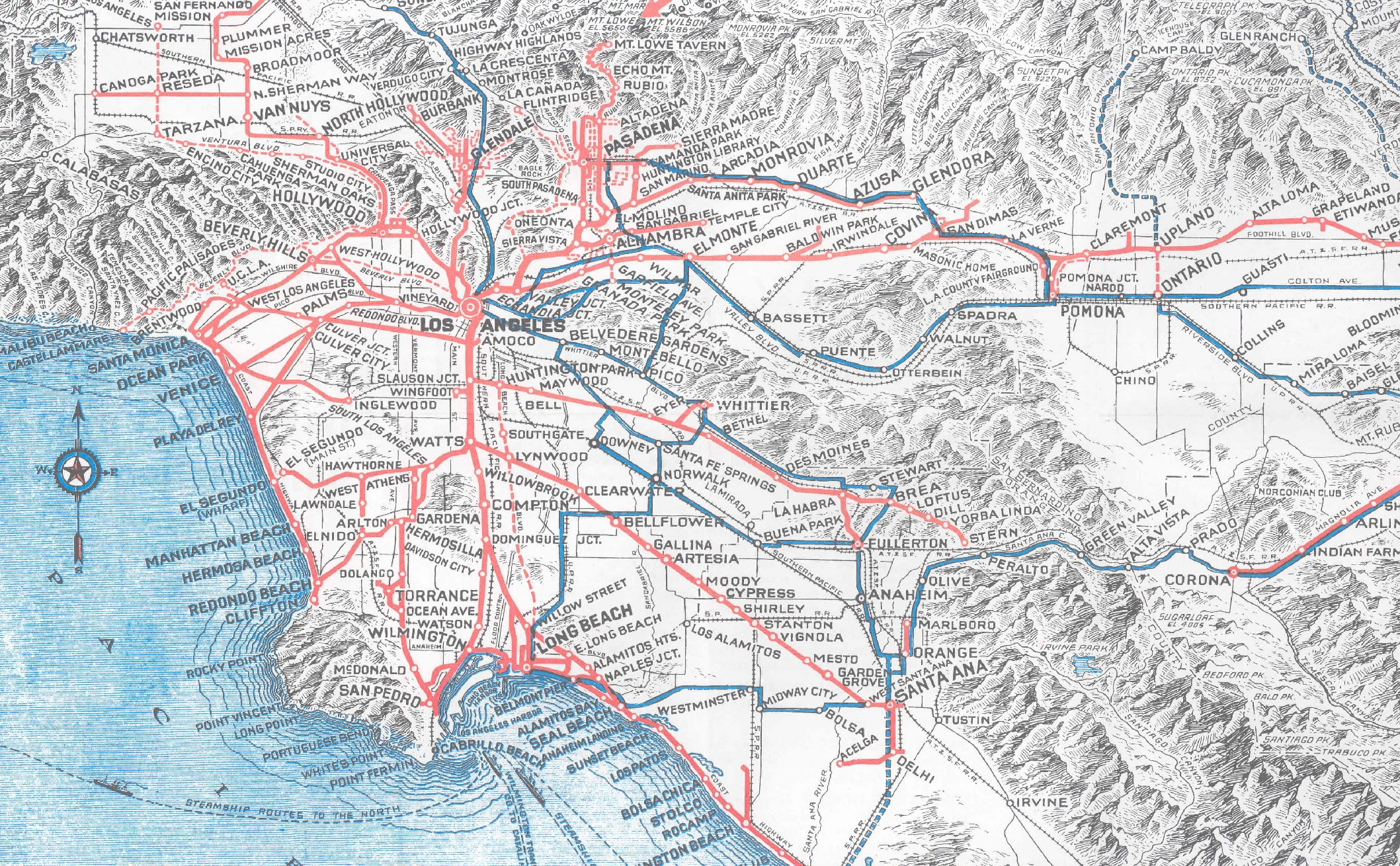 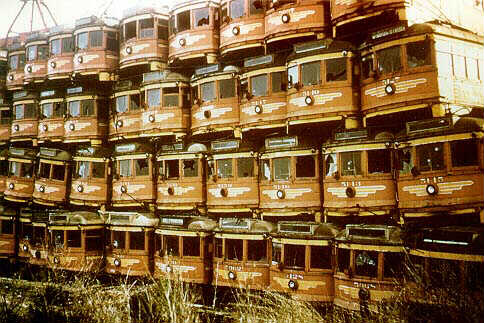 DENNY ZANE ON THE CONSTITUENCIES THAT SUPPORT A SALES TAX
Fifty people attended a conversation with new Metro CEO Phil Washington yesterday at Move LA’s offices in DTLA. But Denny Zane pointed out that the constituents represented by those 50 transportation leaders number in the millions – if one adds up the constituencies of even just a few, including One LA, the LA Area Chamber, BizFed, the Natural Resources Defense Council, the LA Community College District student population, and the disabled community. It’s a constituency that’s definitely enough to swing a vote on a new sales tax measure in LA County, Denny added, and one that should be able to participate in decision-making about the new measure with LA Metro, much like the 8 councils of government (that represent cities in the region) do -- because it’s a powerful constituency to engage.

NEW LA METRO CEO PHIL WASHINGTON ON THE IMPORTANCE OF INVESTING IN TRANSPORTATION
Washington started his remarks with a challenge: “I defy you,” he said, “to name a great city that didn’t start with a great transportation system.” He said he grew up on transit, living in the projects on the South Side of Chicago -- where he learned not to miss the bus, and that if his mother missed the bus it meant that she wouldn’t be coming home. He talked about his role in the Fastracks sales tax campaign in Denver, where he headed up the transit agency before coming to LA, and said that he fully believes that each $1 invested in transit leads to a $4 to $5 return, that accelerating project construction is key, and that private investment is too. Washington also noted that Denver enacted a project labor agreement and construction careers policy before LA Metro did.

Who was in the room and what they asked for is below. 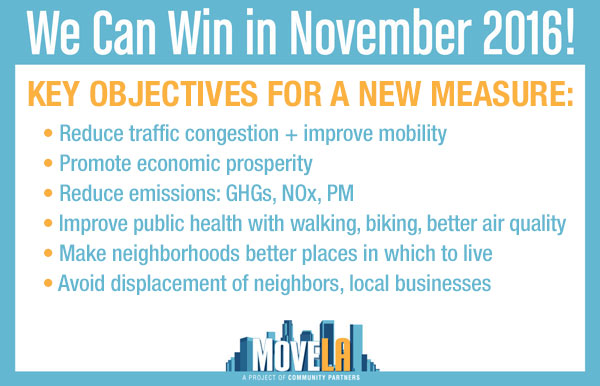 Move LA's Leadership Board and coalition partners are meeting with new LA Metro CEO Phil Washington Tuesday to talk about the projects that we'd like to see funded in a new sales tax measure to achieve the objectives listed above.

The Move LA Coalition On Video!

Move LA Executive Director Denny Zane spoke yesterday at Governor Brown’s multi-agency symposium on “Rethinking Transportation in California.” He was asked to talk about building winning coalitions around transportation initiatives -- given his experience organizing the coalition that helped win the 2/3 “yes” vote on the Measure R sales tax (that is providing $40 billion for transportation improvements in LA County!).

Here's a video of some of our coalition partners and other friends and what they say about re-thinking transportation in LA County -- with the help of another transportation ballot measure in 2016! (It was recorded at our 7th Annual Transportation Conversation at Union Station last spring.)

This video stars (in order of appearance):

Madeline Janis of the LA Alliance for a New Economy

Dr. Joseph Lyou of the Coalition for Clean Air

Rusty Hicks of the LA County Federation of Labor

Alan Toy of the Westside Center for Independent Living