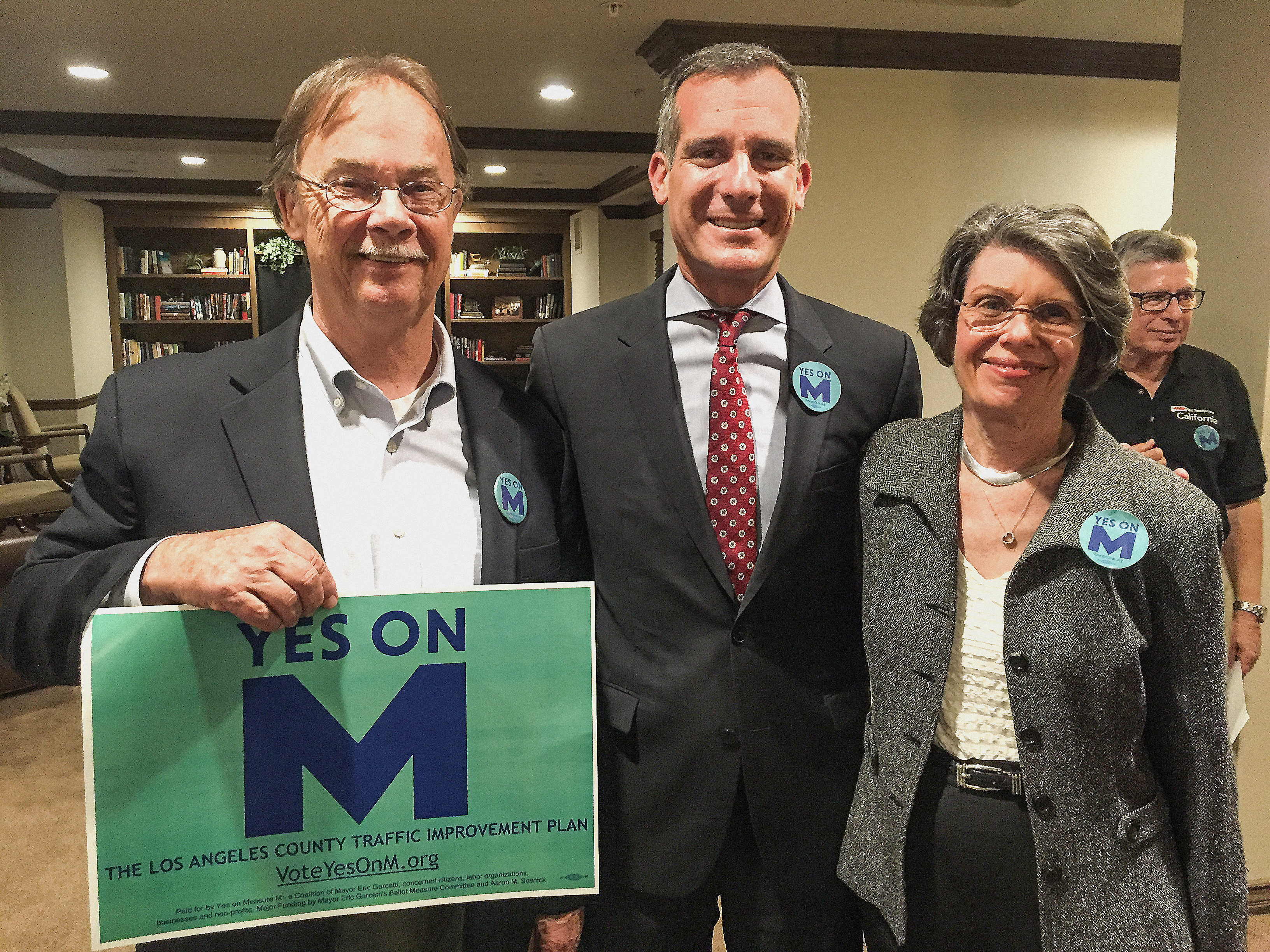 AARP has endorsed and will be campaigning for Measure M to build out LA County’s public transit system—the first time that AARP has ever endorsed a local ballot initiative. AARP is doing this because Measure M would provide funding to keep transit fares affordable for both seniors and people with disabilities—important because the population of LA County residents 65 years or older is expected to increase to 2 million soon (LA County’s population is about 10 million).

"Our county is undergoing a tremendous demographic shift, so we must take action now to keep up and ensure we ease congestion and help seniors get where they need to go," Mayor Garcetti said at an AARP press conference at a senior living apartment in Carson on Tuesday. "Measure M extends transit and improves freeway traffic flow countywide, and also delivers funds to each of L.A. County's 88 cities so they can pursue their own local projects to repave roads, fix sidewalks and fill potholes."

Also at the press conference were Carson City Councilmember Jawane Hilton, Ron Miller, executive secretary of the LA/OC County Building Trades, Move LA Executive Director Denny Zane, and Move LA Leadership Board President Marlene Grossman (in photo). Denny and Marlene have been discussing the idea of this ballot measure with AARP for more than a year.

At the press conference Move LA Executive Director Denny Zane said Measure M would build “the most modern, advanced and extensive transportation system in North America, with perhaps the exception of Manhattan—but ours will be new. This is an extraordinary opportunity."