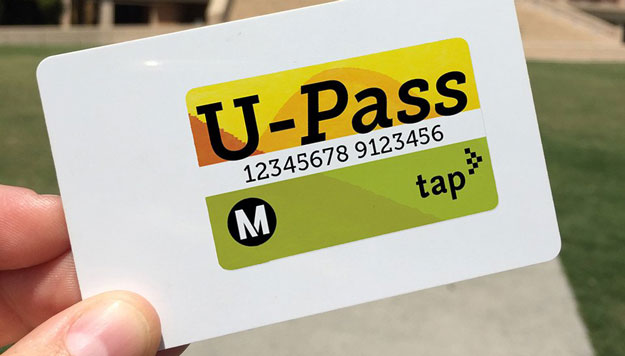 The bad news: AB 2222 was not taken off suspense in the Appropriations Committee Thursday, which means the bill has reached the end of its course unless—and this is the good news—there is a lame duck session after the Nov. 8 election and the language from AB 2222 is included in a transportation funding bill that does move forward. It's a long shot, as Democrats and Republicans have been trying to reach agreement on a transportation funding bill—and have not been able to—since Governor Brown called for a Special Session on Transportation last summer. But again, the broad bipartisan support that AB 2222 received suggests that it is a possibility, and Assemblymember Chris Holden, the author, has continued to make student passes a top priority.

Another possibility is that the Cap & Trade auction results next week will be more robust than the disappointing results last May—which were caused in part by the lawsuit against the Cap & Trade program and uncertainty about its future—and student transit passes could be included in the GHG Reduction Fund expenditure plan. (GGRF is funded by Cap & Trade.)

And if all else fails, we will be back next year with another student transit pass bill, more determined than ever and with the experience of this session to inform our efforts. As our colleague Josh Stark from TransForm CA, which co-sponsored the bill with Move LA, wrote in an email Friday: "It was a long, hard slog to get to an end without a win, but really, this is just a beginning . . . We have momentum, and we have a popular concept that is ready."

And in the meantime, see that photo above? Cal State Northridge is the first school in LA County to have negotiated an agreement under Metro's brand new student transit pass program, and Pasadena City College, Rio Hondo College and LA Trade Tech are next up in the queue. Funding from a statewide student transit pass program could only help to make Metro's program more robust.

Thank you all for your interest and dedication! Stay with us! We agree with Josh that this is just the beginning. Move LA is in this for the long haul.