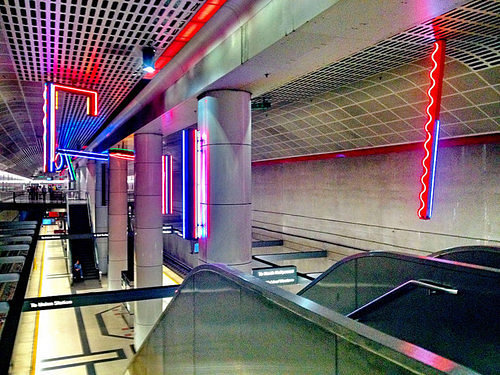 LA Metro has long talked about providing cell service and wifi at underground stations and in tunnels and it looks as if there will be cell service by the end of March along the Red Line from Union Station to 7th St./Metro Center—also allowing riders to access the internet on their phones. A motion by LA County Supervisor Hilda Solis, Mayor Eric Garcetti, LA City Councilmember Mike Bonin, and Glendale Mayor Ara Najarian at last week's board meeting also requested the provision of wifi, more real-time arrival info (including the repair of all broken displays at stations), improved bus speeds through the use of more traffic signal prioritization, and the development of next generation TAP cards allowing people to use their cards for Metrolink, taxis, ride-hailing, bike-sharing and parking garages. LADOT Commuter Express buses will also have wifi within the year. See the full motion on The Source and read more on Curbed LA and KPCC's Take Two.