Lots of Rams Fans Are Taking Expo to the Coliseum! 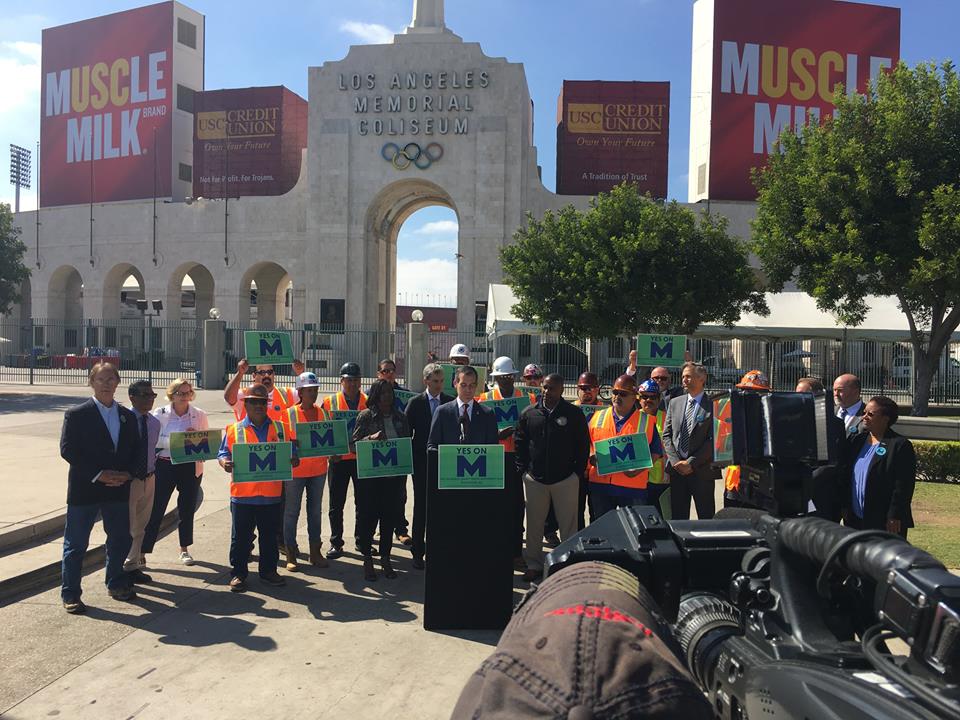 Metro’s Expo line has been heavily populated by football fans eager to ditch their cars for a less traffic-congested option. Attendance at the Rams' opener with the Seattle Seahawks was 80,147, according to the Los Angeles Memorial Coliseum. Metro's the Source calculated that this meant that about 26 percent of those who attended took Metro.

Demoff spoke of how the success of Metro’s Expo Line was testament to the benefits that Measure M and investment in public transportation could bring to Los Angeles residents and future generations.

Measure M, of course, will bring more then convenient access to and from sporting events. Mayor Garcetti said residents would enjoy more access to Los Angeles’s many attractions whether it be a Claremont College lecture, a trip to the MOCA, or a visit to your parent’s home for dinner.

Measure M is also expected to create 415,000 jobs. Jobs that Matt Gaines of Los Angeles’s Operating Engineer emphasized would bring both insurance and dignity to workers in Los Angeles County. And older Angelenos, people with disabilities and students will benefit because Measure M will provide them with discounted transit passes.