Could Be Biggest Year Ever for Transportation Ballot Measures in U.S.—On Average 71% Win 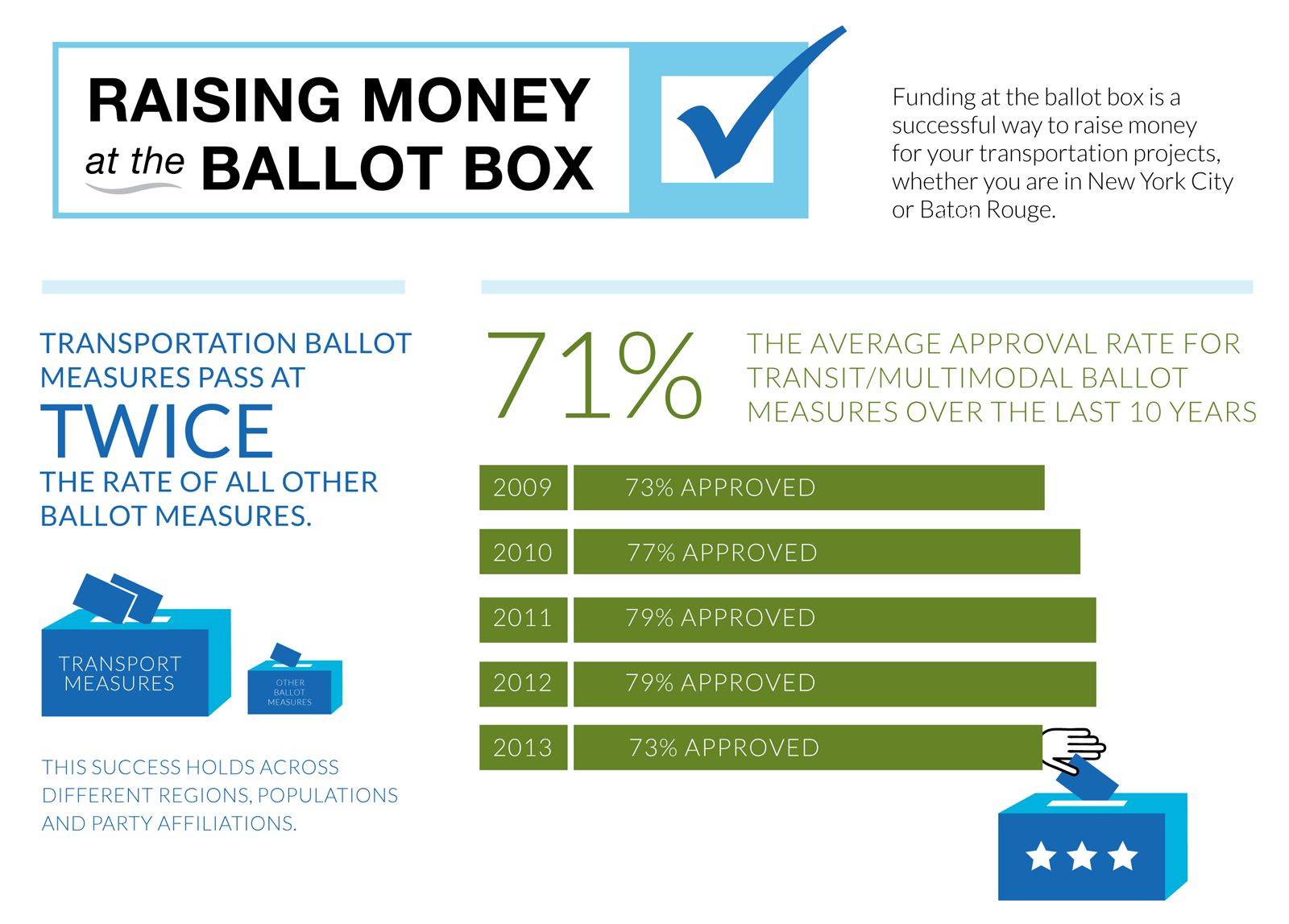 As federal and state funding for transportation becomes increasingly uncertain, more and more funding measures are being put on the ballot across the U.S., and the success rate is going up. Jason Jordan of the national Center for Transportation Excellence, who has monitored these election results for 15 years, says on average 71% of all measures pass, and that transportation measures are twice as likely to pass as other kinds of funding measures. If LA Metro puts a sales tax measure on the ballot in November, Jason says, "I am confident it will win." That's because, he adds, in LA we've done it right — we have a strong, broad and deep coalition, we have a mayor who will be our champion, and we have a "permanent campaign" that champions transit in place. The interview with Jordan, by my longtime colleague Jeff Wood of the very popular Direct Transfer blog, is on Streetsblog here, or read my brief sum-up below.

When Jeff asked Jason whether more places are turning to ballot measures because federal and state funding for transportation is in decline, Jason replied that it’s really because funding campaigns are more immediate and galvanizing at the local level because voters can understand the impact that the decision will have on their lives. Jason's big take-aways about successful campaigns:

1) The support of great, broad and deep coalitions is critical to the success of these campaigns.

2) Mayors also tend to be the most critical champions, in part because they tend to put their own political operations behind the ballot measure campaign.

3) The campaign needs to be very clear about what voters are buying—it can’t be a blank check for transportation agencies.

4) It’s more important that the measure resonates with voters than with elected officials or agencies. Government is important to the process, but not as important as voters!

5) Some ballot measures are now employing performance measures as a way to make decisions about what to fund more transparent.

6) The most common measures are sales taxes, property taxes or bond measures, though there is increasing interest in dedicating motor vehicle registration fees, rental car taxes or other fees.

7) Despite the success of local and regional ballot measures, state measures are failing spectacularly.

8) Backers of the ballot measure need to engage in early/often public engagement.

9) The coalition has to stick together and continue talking about the value of this investment. There needs to be a permanent campaign.