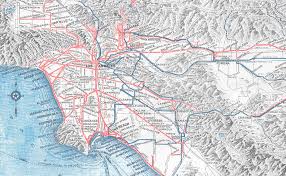 Move LA Vice Chair Daniel Tabor, who is the Executive Director of the Southwest College Foundation and the former Mayor of Inglewood, writes this about the proposed Harbor Subdivision rail line through South LA on the LA THRIVES blog:

When I was very young, my grandmother would dress me in Sunday clothes, tell me to buckle my belt to keep my pants from falling down, and away we would go.  The Red Car stop was a short walk and our exploration of LA’s cultural and entertainment destinations would consume our afternoon and early evening. In those days LA’s public transit system had a belt that looped together all destinations — it was the Red Car System. It seemed to go everywhere, with every trolley line crossing every other line. Maybe I was just too young to know better, but it sure seemed that way to me. (A larger Pacific Red Car map is in Metro's library here.) 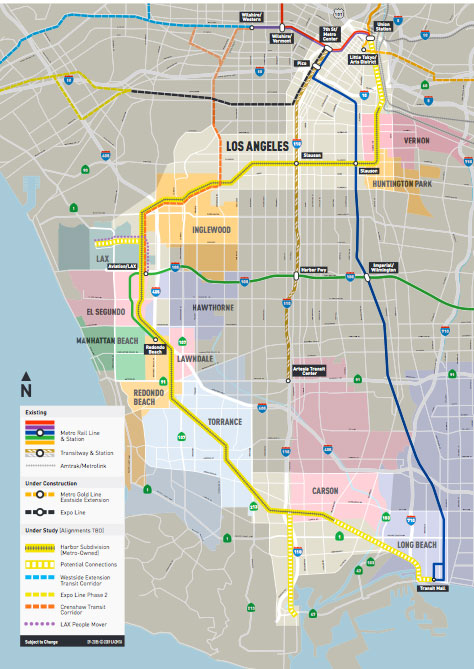 As I look at our current public transit network, I see both bus and rail lines that go everywhere but some that just don’t go often enough to be of value to people trying to get somewhere. Our system needs a belt — a line that crosses other lines so that people can go in multiple directions — that can hold our system together so that riders can get there from here, or from wherever. The Harbor Subdivision could be a belt serving the southern part of LA County — one that could keep our system from falling down because it doesn’t meet people’s needs and expectations.

For this reason the idea of building a light rail line along the Harbor Subdivision right-of-way through South LA is a winner: It could offer a one-seat ride from DTLA’s Union Station to the soon-to-be-built People Mover at LAX, connecting the Crenshaw, Green and Blue lines and important destinations in downtown LA, South LA, the South Bay and Long Beach, including not only the airport but the ports — all very big job destinations.

It’s a project that could demonstrate how every incremental addition to our rail system provides ever increasing value because it provides connections, like the Red Cars did, to an ever larger set of destinations.