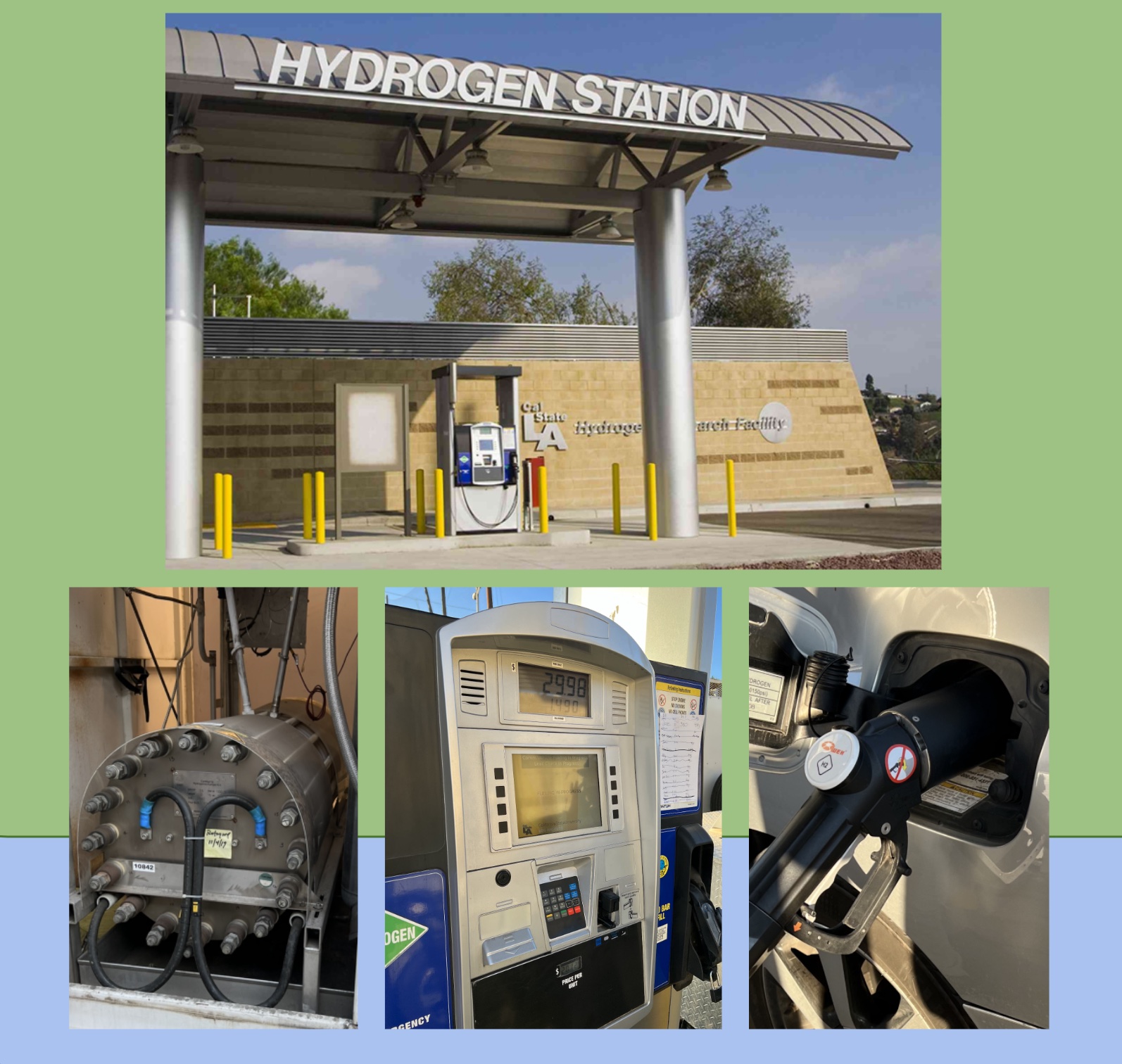 Southern California has some unique assets; not only do we have plenty of sunshine and wind, we also have the two largest ports in the country that see 45% of all goods that come by ship and an oil industry that supplies most of the Southwest. However, these heavy industries also cause pollution that predominantly impacts low-income and Black and Latinx communities, and so the transition towards renewable energy sources, such as green hydrogen (hydrogen produced by splitting water into hydrogen and oxygen using renewable electricity), is all the more important. We must combat climate change and mitigate adverse environmental factors that affect the neighboring communities supporting these industries.

Concurrently, decreasing the dependency on heavily polluting energy sources such as oil should also promote Los Angeles County's social and economic well-being. The infrastructure required to produce and operate clean energy facilities creates jobs by transitioning away from polluting practices. In particular, there is a need for construction jobs to build and modernize this infrastructure. Furthermore, employment in industries supporting or advancing environmentally friendly practices and operations–like the distribution, management, and sale of green hydrogen–can form part of the larger “green” economy.

Rather than buy into the notion that "green jobs" will displace workers in polluting industries, these jobs present an opportunity for equitable inclusion of marginalized groups, assuring their participation in the emerging green economy and its labor force. As these industries emerge, universities, colleges, technical institutes, labor workforce training centers and apprenticeship programs, and K-12 education needs to ensure that workers in these industries have access to training and economic opportunities to transition to the emerging renewable energy production industry.

The International Brotherhood of Electrical Workers and the LA/OC Building & Construction Trades Council, in particular, have a history of providing quality labor services and training for initiatives that promote the environmental well-being of the planet. Training initiatives offered by unions, such as apprenticeship programs, also help provide members of marginalized groups, such as formerly incarcerated individuals, with formal job training and high-quality, good-paying jobs–sometimes called “High-Road” jobs (or the less well-regarded term, “Just Transition”).

These efforts to train the clean energy workforce of the future bust a myth that the transition towards renewable clean energy can only be done by the private sector paying some of the lowest wages. Not only are these jobs in high demand as many workers seek opportunities in the renewable energy sector based on ideological reasons, the building trades members provide opportunities for family-sustaining jobs with good pay and benefits. Building a workforce that can afford to live and work in Los Angeles will help address one of the most pernicious climate change sources–vehicle emissions caused by super-commuters who cannot afford to live close to their worksite.

Although speculation surrounding job numbers and the loss of jobs is a significant component of the conversation regarding the transition away from fossil fuels and renewable energy production, research shows that these jobs are already part of the new green economy and with the right public policies–ones that invest public dollars in renewable energy produced by a unionized workforce–will only grow.

It is critical to consider the overall objective when considering climate change and social justice. Finding a “high road” path that integrates environmental justice, job opportunities, and equity is vital to ensuring the overall well-being of the Southern California region.