KEN ORSKI: "REVOLUTION" BY THE STATES AS WELL? 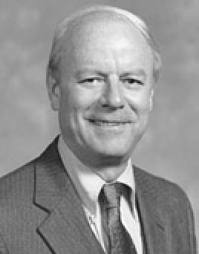 Following yesterday's post on the metropolitan revolution, here is a post on another transportation funding/finance "revolution" -- by the states. Transportation pundit Ken Orski notes that with the federal transportation reauthorization looming on the horizon the paralysis in Washington DC is prompting states, like cities and metropolitan regions, to step up and fill the leadership void. Orski notes that Congress adjourned for the summer without passing Fiscal Year 2014 appropriations for transportation, and that the inability to pass even a simple annual appropriations bill does not bode well for agreement on the much more complex and costly multi-year surface transportation bill that must be reauthorized by October 2014. And he asks: Are we ignoring the obvious solution to the transportation funding crisis? (Orski is a public policy consultant who was an administrator at the Urban Mass Transportation Administration under Presidents Nixon and Ford.