posted by Gloria Ohland | 579mp
January 30, 2014
LA has 3 rail projects under construction and another 2 projects are about to begin, making LA the leader in a national rail renaissance -- thanks at least in part to the 30-year Measure R half-cent sales tax approved by voters in 2008. But the approximately $13 billion that will be spent on rail projects will be wasted, opinion piece author Ethan Elkind writes, "if city leaders do not promote and residents do not allow new growth around rail stations and corridors."

That's because rail is expensive to build, operate and maintain and only becomes cost-effective with high ridership. The best way to boost ridership is to locate new jobs, housing and retail near stations, he writes, but politics and economics conspire to prevent new growth around rail . . .READ MORE. 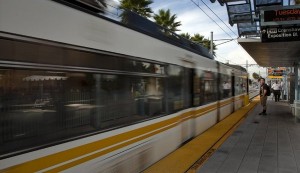 Elkind has just written a new book called Railtown, and in an essay on his website Elkind writes that had he written the book a few years ago he would have simply extolled the virtues of rail. "But as I researched the history and issues involved, it became clear that rail as a solution to LA's problems was not the silver bullet I thought. . . LA is a decentralized city with people going in every direction at all times of day. There's very little order or centralization of jobs and housing, and it all takes place over a huge land mass. Not necessarily a great recipe for efficient rail service . . . " READ MORE. 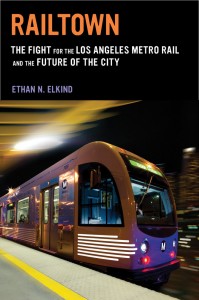