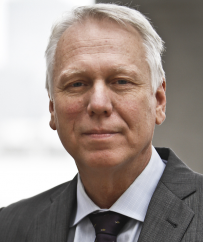 The zone includes 15 rail transit stops along Metro’s Blue Line, Expo Line, and the under-construction Crenshaw Line; 10 comprehensive high schools near the stops; USC; Trade Tech; and a number of smaller magnet and charter high schools. Each of the 10 high schools has key partnerships with the primary SLATE-Z non-profits. (Trade Tech was a key partner last year in our successful campaign to create a discounted student transit pass program at LA Metro.)

Larry tells the Planning Report that SLATE-Z is creating pipelines to living-wage jobs through local-hire provisions in project labor agreements, development agreements, and community-benefit agreements, as well as through the city’s train-to-place efforts. The goal is to strengthen the workforce development system to better meet the needs of vulnerable workers, including those who are re-entering the community from incarceration, as well as veterans and monolingual Spanish-speakers.

He says students, workers, and job-seekers will be put on career tracks: For example, 70% of Trade Tech's 23,000 students are in career training—with 3,400 in construction careers and well-positioned for transit-oriented development opportunities and entry-level city jobs. 1,400 are in Trade Tech's Advanced Transportation and Manufacturing Pathway, training for 700 upcoming openings in rail maintenance. Last year, Trade Tech became the first FTA-sponsored transit institute at a community college in the nation.

Read the entire interview in the Planning Report.