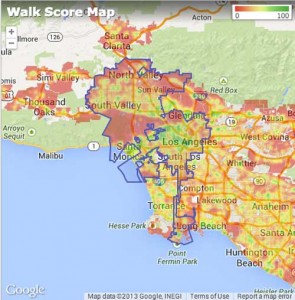 Read more. But also, the press release notes:
•    Between 2001 and 2009, the average annual number of vehicle-miles traveled by young people (16 to 34 year-olds) declined 23 percent.
•    The average American spends $9,000+ per year on their car, making cars the second largest expense for most households — more than food, clothing and health care.
•    The average resident of a walkable neighborhood weighs 8 pounds less than someone who lives in a sprawling neighborhood.