Measure R 2—Or Whatever We're Calling It!—Starts Getting Real 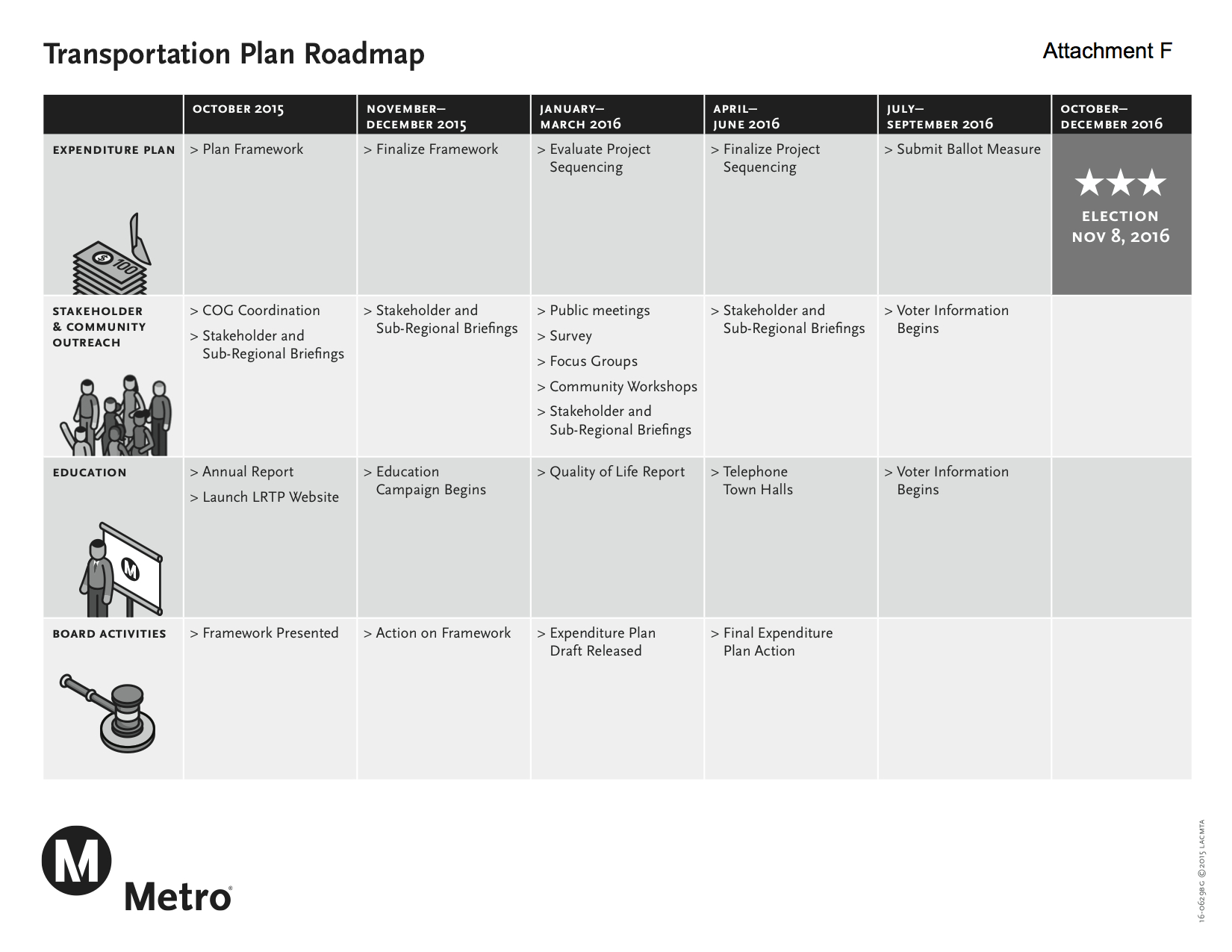 October was a very productive month for moving toward Metro's 2016 ballot measure. First, Governor Brown signed SB 767 (De Leon), enabling Metro to go to the ballot and outlining a process that will balance local needs with regionally significant aspirations and appropriate funding goals. Then, at Metro’s October board meeting, staff provided a glimpse into the potential 2016 ballot measure and the long range transportation plan when it approved a staff report initiating the framework process: Now through the summer of 2016, Metro will engage the public in shaping both the measure and the LRTP. What was notable about the staff report:

What was notable about the staff report:

Compliments to Metro CEO Phil Washington for leading the considerable work that’s been done in a respectful and collegial way, including the development of performance metrics to provide a transparent and objective means for deciding which projects should be funded. These metrics include accessibility, economy, mobility, safety, state of good repair, and sustainability, and sub-metrics include job accessibility by population, linkages to major employment and activity centers, number of jobs, annual boardings per mile, reducing greenhouse gases and vehicle miles traveled.

Many of the ideas that we’ve been articulating in our “Straw Man” proposals were included in the staff report.  We’re now at Straw Man #50 after constant adjustments made because of feedback from many of you through our blog, social media, meetings and conferences. Among the key projects in the staff report that have been championed by Move LA include some projects begun but not fully funded by Measure R, such as:

Other projects we have championed include extensions of existing corridors and a new bus rapid transit line:

Several programs we proposed were not included in the staff report, however, including:

The next step in this process will be determined at the board meeting on Dec. 3, when the board will finalize and take action on the framework to move forward toward the 2016 ballot and LRTP.

There’s still much work to be done, but Move LA and its coalition partners are very much a part of the process.