A Rally for the History Books 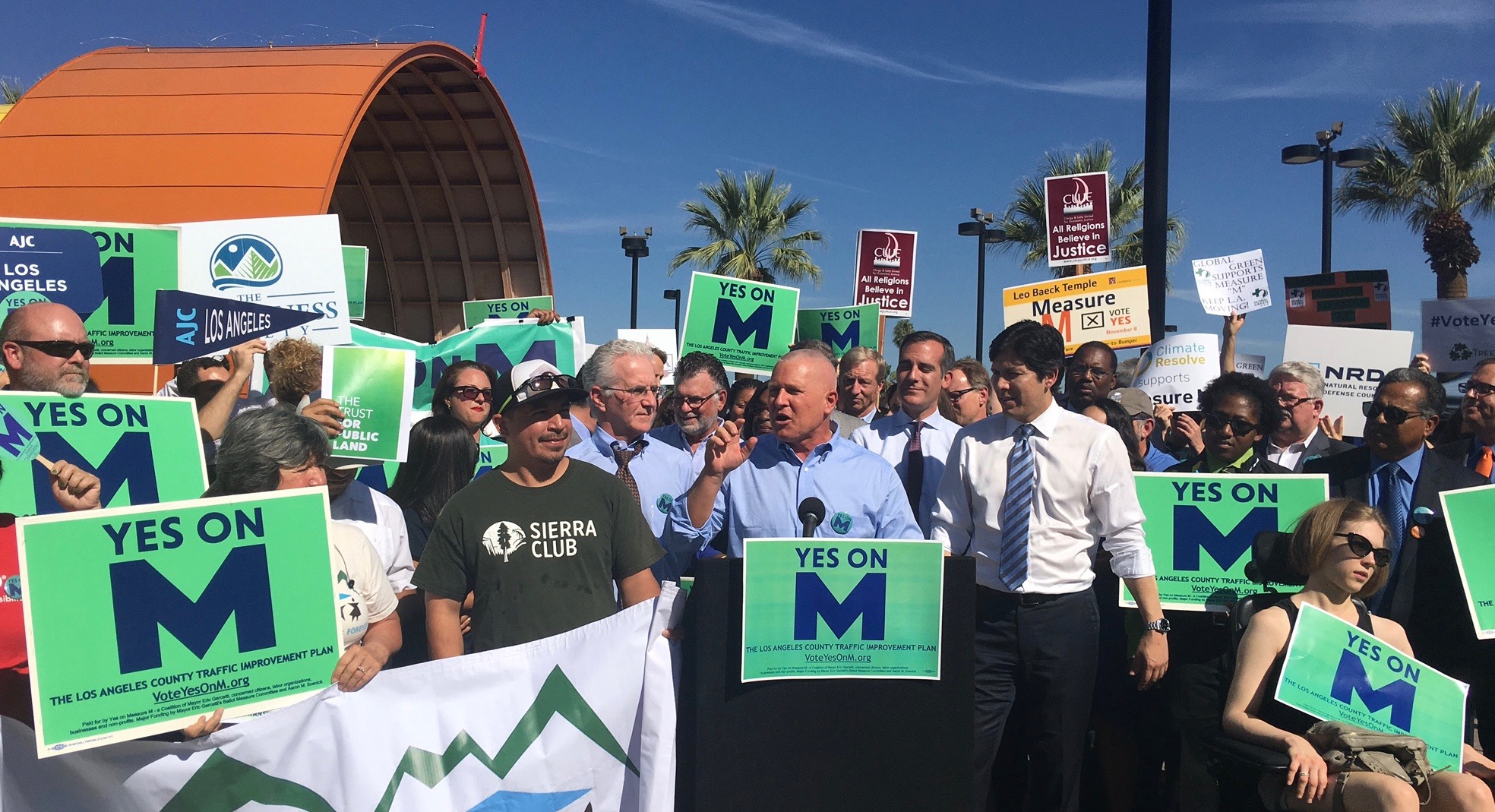 It was truly a historic event the Friday before Election Day when more than 100 supporters, dozens of organizations, and politicians from across LA County came out to the North Hollywood Metro Station for a pep rally organized by Move LA to support Measure M on the November 8 ballot.

Senate Pro Tempore Kevin De Leon noted that "Measure M is about bringing folks together, Eastside and Westside, South and North. That is what public transit does. And what Measure M will do." 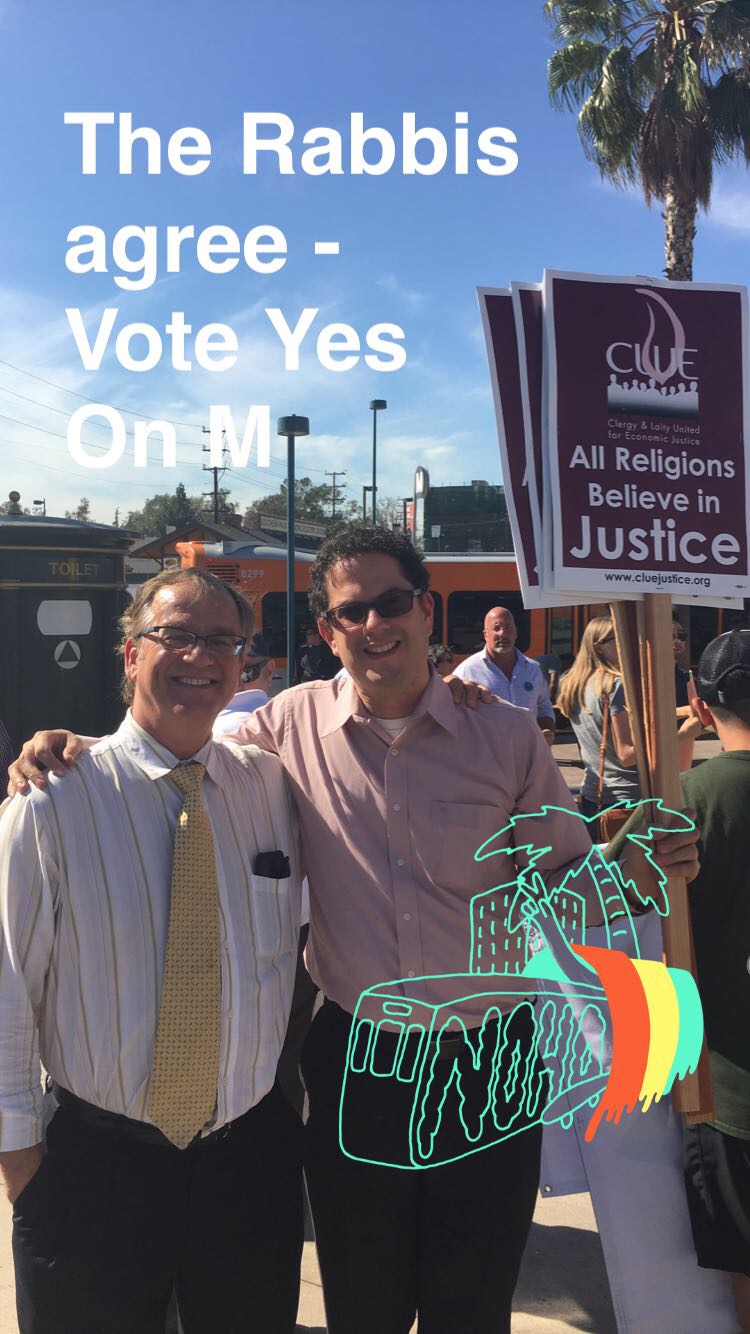 It was especially powerful to see faith organizations come out in support Measure M, including One LA (representing dozens of churches, synagogues, and mosques through Southern California), American Jewish Committee Los Angeles, and Clergy and Laity United for Economic Justice (CLUE-LA). Rabbi Jonathan Klein, Executive Director of CLUE-LA said, "Measure M will dramatically improve the lives of families all over Los Angeles. Working mothers and fathers will be able to access jobs that are currently inaccessible in our vast county, and hours of commuting will be reduced; children, particularly in households without vehicles, will gain valuable hours of loving support from their parents and extended families." 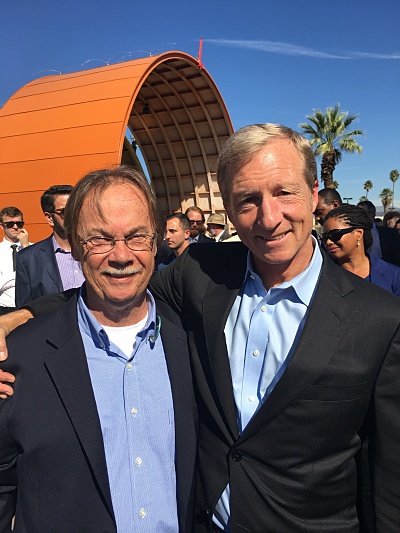 After nearly two dozen speakers came to the podium to each speak on behalf of their community, representing millions of people throughout Los Angeles County, it was Move LA's Executive Director who came to the podium to rally the crowd of supporters one last time. And he did not disappoint, calling it "the largest coalition ever to be created in this community." In fact, Tom Steyer, a philanthropist, business leader, and founder of NextGen Climate called the coalition "astonishing" as he expressed his support for the work of MoveLA to get Measure M on the LA County ballot.

Denny then recounted a conversation he had earlier in the week when someone said that Measure M will be bigger than William Mulholland's infamous water project. His response was, "Yeah. But this time it will be democratic. This time the people will decide." And decide we will on November 8 when people across Los Angeles County vote #VoteYesOnM. As Denny concluded, he led the high-energy crowd in a chant of: "It's time to Move LA".

You can watch the inspiring rally by clicking here on Periscope.