MERCEDES MÁRQUEZ ON LEVERAGING THE POWER OF THE MEASURE R INVESTMENT

posted by Gloria Ohland | 579mp
January 31, 2013
Mercedes Marquez will not be able to join Mayor Villaraigosa's Transit Corridors Cabinet at Move LA's 5th annual transportation conversation February. But in this interview with Gloria Ohland she talks about the importance of leveraging the Measure R investment. 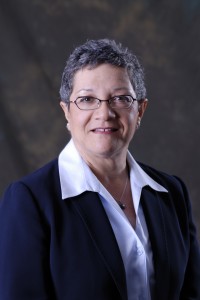 Mercedes Márquez, general manager of the Los Angeles Housing Department and deputy mayor for Housing, returned to LA last summer from her job as assistant secretary for community planning and development at the Department of Housing and Urban Development (HUD) believing that transit is this city’s future. She is convinced that the smartest investments the city can make at this juncture are those that will leverage the local and federal investments we are already making in LA’s Measure R-funded transit system.

She also thinks that Mayor Villaraigosa’s decision to create a Transit Corridors Cabinet of eight city departments that are making “transit orientation” their policy and funding priority is exactly the right focus — a larger “urban policy scheme” that will result in neighborhoods that are truly fair and affordable. She says, “I believe this is the way to bring the promise, the power, and the resources of government to bear on supporting neighborhoods in a way that is equitable.”

Mayor Villaraigosa also got it right, she adds, when he decided early in his political career to make the transit system a priority, noting that he has worked diligently and successfully to secure the funding and financing required to realize that vision. “The mayor understood how the freeway system and wide streets with fast-moving traffic have cut neighborhoods apart and endangered the health and prosperity of the people who live in them,” Márquez says. “And he understands how the transit system together with bike and pedestrian infrastructure has the potential to knit neighborhoods and local economies back together in a way that will bring opportunity back to Los Angeles.”

While at HUD, Márquez was in charge of a $50 billion portfolio of federal dollars for affordable housing and other social services, and for redesigning HUD’s consolidated planning process to enable cities to make data-driven decisions about where affordable housing and community needs are greatest and investment makes the most sense. Los Angeles has just completed its draft Consolidated Plan under this new rubric, and Márquez says the data justifies an emphasis on transit corridors using federal funding including Community Development Block Grants, HOME (for increasing affordable housing opportunities), HOPWA (Housing for People with AIDS), and Emergency Solutions Grants for homeless services programs.

While together these programs total a $130 million investment in Los Angeles, Márquez notes that “every CDBG dollar leverages another $3 in other funding, and every HOME dollar leverages another $4.17, so the Consolidated Plan actually represents a half billion dollars in investment. If we are serious about our commitment to equity, it’s clear we have to invest those dollars along transit corridors.”

This targeted investment makes sense because neighborhoods along transit corridors are where many low- and moderate-income people already live. Older neighborhoods tend to have higher concentrations of apartment buildings and homes with lower rents because they are covered by the city’s Rent Stabilization Ordinance, or because they are government-subsidized and/or income-restricted and covered by Section 8 or other contracts between the government and property owners — and many of these contracts are set to expire in the next five years.

A recent study for the housing department by the national nonprofit Reconnecting America concluded that preservation of existing affordable housing near transit lines is critical because the threat to the affordability of this housing has never been greater. The construction of so much transit in so many neighborhoods could activate the real estate market around both new and existing stations — because the expanded rail system will connect to so many more destinations —making these neighborhoods especially desirable.

More demand could drive up rents and housing prices and push out the low-income residents who use transit the most. The study found, for example, that 75 percent of those who commute to jobs by transit make less than $25,000 a year. Marquez intends to bring LAHD’s resources to bear on this problem by aligning other resources around transit, including the city’s low-income housing tax credits (LIHTC) and the Affordable Housing Trust Fund (AHTF).

Most affordable housing in the U.S. is funded through the LIHTC program, which provides dollar-for-dollar reductions in investors’ federal income tax as an incentive to spur private sector investment in affordable housing. But as the program has gotten more and more competitive, cities that can put up more of their own money are awarded more tax credits. This puts LA at a disadvantage because the need here is so great: the average median income in Los Angeles is lower than in most cities and the cost of housing is higher.

However, the City of LA may have succeeded in addressing this problem by convincing Sacramento to provide the City with its own “bucket” of tax credits, which means the city doesn’t have to compete. New York City and Chicago are the only other cities who exercise this much control over where and how they invest tax credits.

Moreover, there has been a national movement to create transit-oriented affordable housing funds that are focused on transit-oriented development, and Márquez says she is working with investors on re-purposing the City’s New Generation Fund — a partnership with Enterprise Community Partners and others — so that it, too, is focused on investing near transit.

“We are taking control of our destiny,” she says, “investing according to the priorities voters agreed upon when they voted in Measure R in 2008.” She adds, “And I am not just talking about investing near rail stations and rail corridors but also along bus rapid transit.”

Márquez notes LAHD began prioritizing the production and preservation of affordable housing within a half-mile radius of transit back in 2007, which helped the city win $1 million from the MacArthur Foundation to enhance preservation efforts. During discussions about how to award Proposition 1C bond funds the city also worked with the state to expand the definition of “transit-oriented development” from a quarter to a half mile radius around stations. A subsequent analysis found that 44 percent of stations in the city either had preservation or affordable housing construction projects underway along all seven Metro rail lines.

Marquez says she went to Washington as a “housing developer” but came back home as a “neighborhood developer” who believes the interplay of policy and investment has the most power to leverage change: that economic development policy and investment has to be supported with programs that address homelessness, with the Neighborhood Stabilization Program to prevent the decline of neighborhoods because of foreclosed properties, and with investment in community services such as workforce training, parks, schools, and libraries.

She adds that in Los Angeles the development of affordable housing has always been about economic development, since so many of the city’s challenges — from the problem of homelessness to the severity of the real estate recession —are tied to the problem of housing affordability. “To the degree that we are able to put more income into the pockets of our residents —transit, walking and biking can help us do that by reducing transportation costs and providing connections to good jobs — the less money we will need to subsidize housing.”