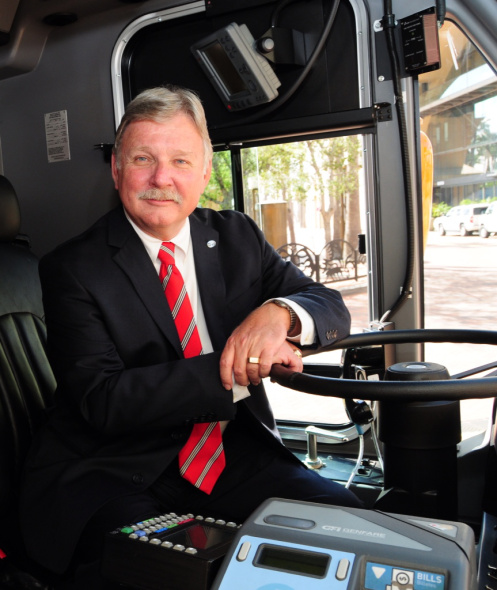 A news release from LA Metro on Tuesday said that Metro CEO Art Leahy has resigned and that his last day will be April 5, when his current contract expires after 6 years of service. Move LA wants to acknowledge Art Leahy for his exceptional work implementing the Measure R sales tax program for transportation, which is funding one of the largest public works programs in U.S. history.

Six projects moved to construction during his tenure as CEO: an extension of the Orange Line to Chatsworth has been completed, the Expo Line to Santa Monica and Foothill Extension of the Gold Line to Azusa may be completed before he leaves, and the Regional Connector and Purple Line subway extension to Century City are now underway. During his tenure he also brought $3 billion in federal grants and loans to the agency, and disadvantaged and minority workers were able to get construction jobs and apprenticeships because of Metro's Project Labor Agreement and Construction Careers Program.

Metro's The Source blog wrote that "Today Metro has transit and highway projects and programs valued at more than $14 billion, eclipsing that of any other transit agency in the nation."

Art worked his way up from bus driver to director of operations for LA Metro, where he oversaw bus operations and activation of the Blue Line before taking a job as chief executive of the transit agency in Minneapolis-St. Paul and then becoming chief executive of the Orange County Transportation Agency. Under his leadership both of these agencies and Leahy himself garnered top national transit industry honors.

Move LA Executive Director Denny Zane notes that one of his first conversations with Art Leahy, upon Art's return to LA Metro, was about a book written by investment banker Felix Rohatyn entitled Bold Endeavors: How Our Government Built America, and Why It Must Rebuild Now. "It was a sign that Art understood the significance of what he was doing," Denny says. "It gave me increased confidence that Art was the right guy for the job."

Read more on The Source and in the LA Times.