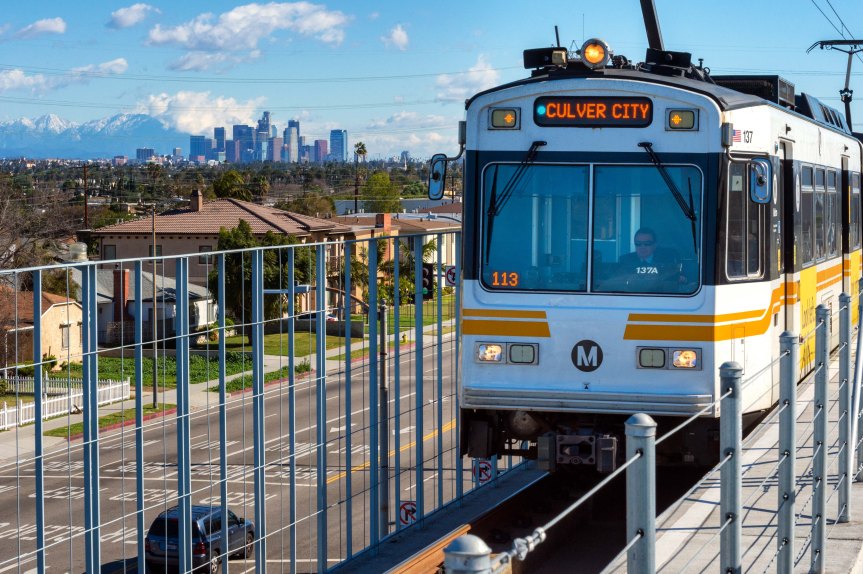 Last week's LA Times story on the drop in LA County's transit ridership has continued to generate debate with a good sum-up by Steve Hymon on the Source and a good op-ed in the LA Times by UCLA's Ethan Elkind. The Source cites the point made by Joe Linton on Streetsblog that Metro should not ignore its bus riders, since many, many more people live close to bus stops than to rail lines and account for 74% of all boardings. Linton points out that Metro has been shifting hours of service from low-performing bus lines in order to run buses more frequently along higher-performing lines, and Hymon adds this approach was endorsed last year by a peer review committee. Transit expert Jarrett Walker writes that the expenditure of billions of dollars on long-term investments like the build-out of the rail system won't yield short-term ridership gains as it takes a long time to change transportation and land use patterns. Ethan Elkind also makes these points in his LA Times op ed and adds: "Local leaders can also improve service by allowing more bus-only lanes on major arterials and on freeways. These relatively low-cost options would make use of existing infrastructure and provide a huge time-savings to transit riders. . . Given the stakes, it makes sense to prioritize passage for buses carrying more people than single-occupancy vehicles. And more people would take transit if they knew it would save them time compared to being stuck in traffic." And he cited the importance of providing students with low-cost transit passes as a way to boost ridership. (Included above is Steve Hymon's excellent photo of the view of the city from the La Cienege/Jefferson station on the Expo Line.)