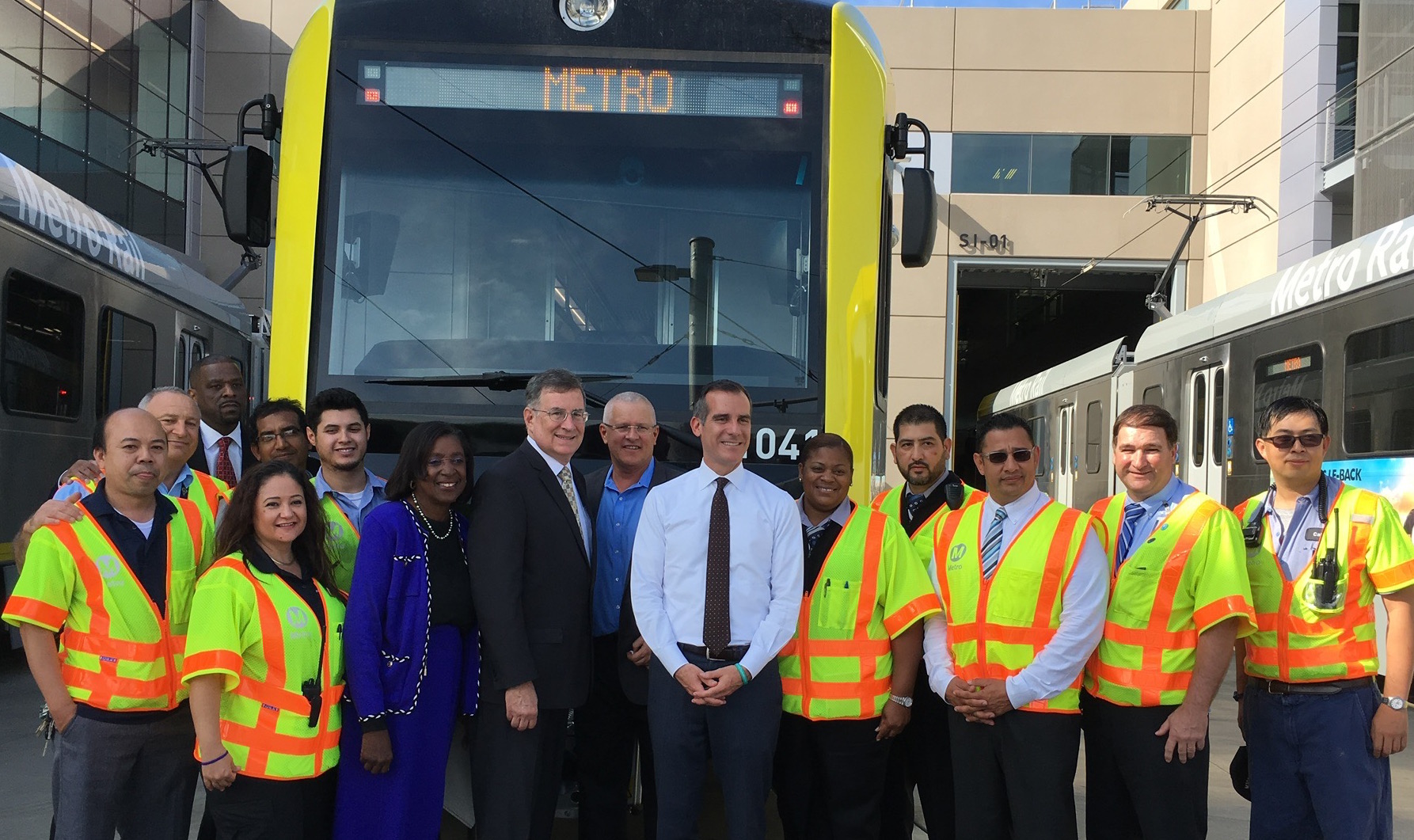 On Monday, October 24, Los Angeles Count Metro Chair John Fasano and Vice Chair Eric Garcetti announced that the Expo Line will now run every six minutes for the majority of the day—cutting in half the time between trains.

“We will meet the demand of folks who are already taking the Expo Line from the ocean to downtown and vice versa,” said Los Angeles Mayor Eric Garcetti.

This expanded service was made possible by the addition of the 50th new P3010 rail cars from Kinki Sharyo, the contractor building the new light-rail vehicles. These rail cars are built right here in Los Angeles County at a facility in Palmdale that has hired over 400 full-time union workers. 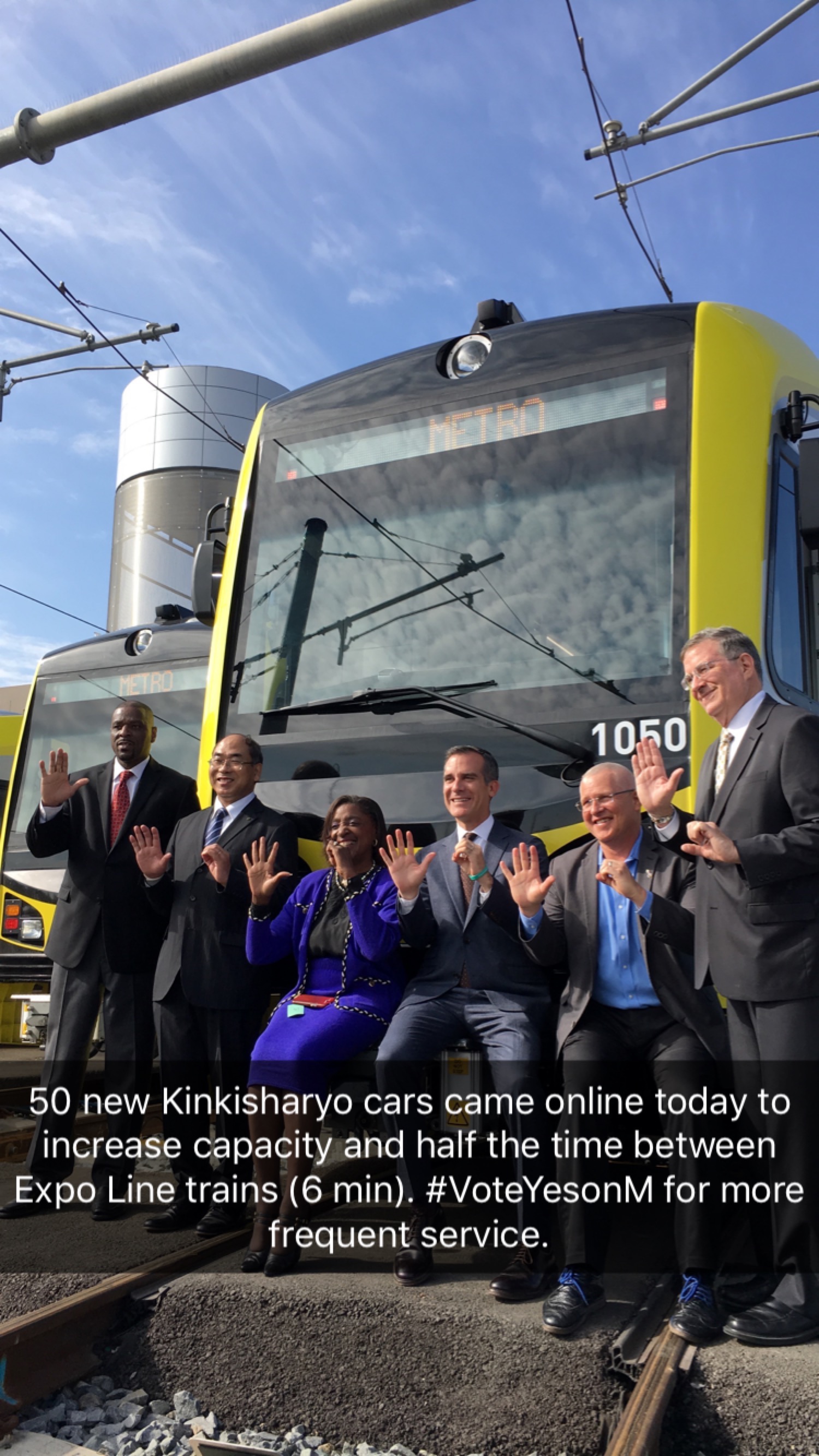 Already, the Expo Line has seen ridership equivalent to projections for 4-5 years in the future. The addition of the new cars and the expansion of service will provide needed trains to get riders to work, school, and to enjoy special events like Rams and USC football games at the Coliseum and Lakers, Clippers, and Kings games at the Staples Center.

Mayor Garcetti was so excited to see the new service come online that he snapped a few photos of the new rail cars before remarking, “We are ready to build on our progress. We are back on track. And we are ready for a comprehensive transportation system that moves people as efficiently and effectively as possible.” 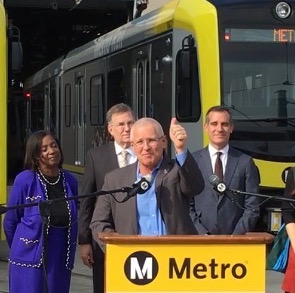 The Mayor was joined by Mike Bonin, Los Angeles City Councilmember and a Metro Board member who summarized his support for the expanded service to his Westside neighborhoods by simply saying, “thumbs up to that. Go Metro!”

For Mayor Garcetti, the timing had particular importance: “This comes at a critical moment, just two weeks away from our election. One of the most important choices we face on November 8 is Measure M, the Los Angeles County Traffic Improvement Plan.”

Measure M is being supported by one of the largest coalitions in Los Angeles County history—from advocacy organizations like AARP California to business associations including the Los Angeles Chamber of Commerce. All have come together to support Measure M which will reduce traffic congestion, create more jobs like those building rail cars, and provide immediate road repairs to all 88 cities in LA County.

Metro Chair Fasano summed it up perfectly when he said, “From Claremont to Santa Monica, from Long Beach to Palmdale, Measure M will get you there faster. Vote Yes on Measure M.”