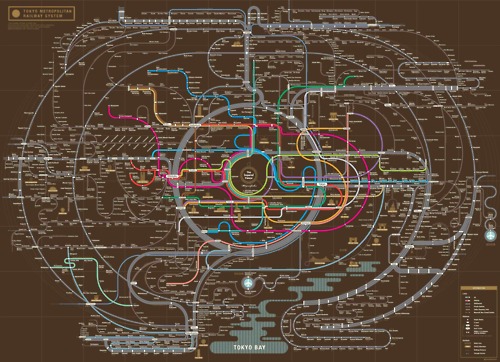 Councilmember O'Farrell tells the Planning Report that he believes the high cost of housing discourages companies from doing business in Los Angeles because it makes it hard to find and keep employees. And he says that he believes that within the next year the City of LA will have a permanent source of funding for affordable housing. He says:

"As you may have heard, the LA metro region recently earned another dubious distinction. According to a Harvard study, we are the most unaffordable metro region in the United States. Furthermore, Los Angeles is the only 'high cost' city in the country without a permanent source of revenue to fund the construction of new affordable housing. It is a stark reality that while income levels remained flat from 2000 to 2010, rents increased by over 30 percent. A majority of residents in Los Angeles are renters and over 60 percent of renter households are “cost burdened,” which means they pay more than 30 percent of their income for rent, diminishing their ability to afford the most basic needs, such as food.

Fast Company: Your Car-Centric City is Why You're Fat 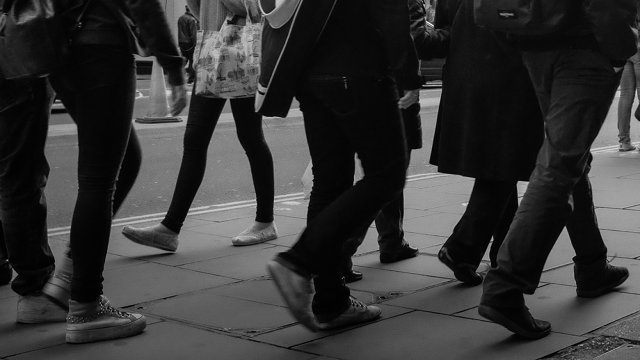 So that's why . . . A new study shows that cities with more compact neighborhoods and dense street networks with wide sidewalks and bike lanes had lower rates of obesity, diabetes, high blood pressure and heart disease — while newer cities with four-lane highways and fewer places to walk are less healthy.

A shout-out from blogger/transportation expert Jarrett Walker to LA Metro for being the most recent transit agency to provide transfers for free. Charging passengers extra for the inconvenience of having to make a transfer, he says, "is insane."

This from Gizmodo's urbanism editor, Alissa Walker. She says the Top 12 reasons are:

1. LA's transit system is the fastest growing in the country
LA is in the middle of the biggest mass transit expansion in the US. Next year, the train from Downtown to Santa Monica will be finished (yes, seriously. No, seriously... stop laughing.). Also rad? You won't find the grossness you'd see in many other cities (SAN FRANCISCO), since many of the buses and trains are brand-new (fastest growing, remember?).

2. It’s super-easy to navigate the system with a smartphone
The Metro app is actually excellent, especially if you use it in tandem with Google Maps (also excellent) to compare routes. The app even has real-time arrival information so you’ll know exactly how long you have to wait.

3. Taking LA's buses and trains will add years to your life
Seriously, it's scientifically proven and also just kind of obvious. Who do you think lives a longer life: the dude spending 45 minutes catching up on Netflix and Candy Crush, or the dude swearing at the d*ckhead in the Tesla?

4. The people-watching is the best
The guy wearing a cowboy hat, spandex shorts, and nothing else? The woman carrying 15 Batman piñatas???

5. You can drink more than you ever have in your life
Okay, this is probably the real No. 1, especially if you're familiar with LA's first-ever Metro Rail Bar Map.

6. Even with all that extra drinking, you’ll still lose weight
'Cause you'll be doing some walking. Or at least, you will as long as there isn't a train stop directly in front of Tony's Darts Away.

7. You never ever have to circle
Or deal with a meter. Or valet. Or park in a grimy garage. You don't need exact change. You don't have to deal with lots locking their gates at midnight. No tips. No parking. Ever. EVER!

8. It'll allow you to legitimately leave LA WITHOUT A CAR
Starting from Union Station, you can be checking into your hotel in Santa Barbara or San Diego within about three hours. Or book a sleeper car and wake up in Santa Fe or Marfa. When you take traffic into account, it's kind of like taking your car anyway, except for one very important difference: there's a bar car here.

10. Waiting for your bus/train will never, ever be uncomfortable
Since we've got a climatological advantage on literally every other transit system in the country, you’ll never have to freeze your cojones off at a bus stop, and you’ll never have to dig through 6ft of snow to find the train station. You’ll rarely even break a sweat while walking those final blocks to work.

According to the New York Times, a new study argues that income inequality is holding back the U.S. economy and making it harder for the nation to recover from the recession. Others have said this before, writes NYT columnist Neil Irwin, adding that what makes this report — entitled "How Increasing Inequality is Dampening US Economic Growth, and Possible Ways to Change the Tide" — is that it was written by economists at Standard & Poors, a ratings service for bond investors. It's a sign, he writes, that a debate that has been largely confined to the academic world and left-of-center political circles is becoming more mainstream.

Irwin writes: "Because the affluent tend to save more of what they earn rather than spend it, as more and more of the nation’s income goes to people at the top income brackets, there isn’t enough demand for goods and services to maintain strong growth, and attempts to bridge that gap with debt feed a boom-bust cycle of crises, the report argues. High inequality can feed on itself, as the wealthy use their resources to influence the political system toward policies that help maintain that advantage, like low tax rates on high incomes and low estate taxes, and underinvestment in education and infrastructure."

Streetsblog: Uber and Lyft Getting Closer To Being Real Ride-Sharing Services

Uber and Lyft have set out to upend the taxi industry in American cities. But are they the traffic-busting “ride-sharing” services they’re often portrayed to be? Not really: Using an app to hail a driver and take you where you’re going isn’t fundamentally different than any traditional for-hire vehicle service.

But both Uber and Lyft are getting closer to genuine ride-sharing through the new Lyft Line and UberPool services.

In the New York Times, Farhad Manjoo notes that Lyft co-founders Logan Green and John Zimmer consider the Lyft Line launch to be a direct response to criticisms that the company doesn’t really reduce the number of cars on the road. Green also told Manjoo that he sees the service as one people will use for daily commuting, not just special occasions.

Both Lyft Line and UberPool will still use the company’s licensed drivers, as opposed to a ride-sharing service in which the passenger and the driver are matched because they happen to be going to the same place at the same time. The new part, though, is that if you use Lyft Line or UberPool instead of the regular services, you’re authorizing the companies to look for another passenger along your same general route. Incentives align neatly: Each passenger pays less than if they had gone solo, the driver makes more, and the company can get more customers even if its fleet stays the same size.

In Uber’s announcement of the project, the company boasts that fares could go down by as much as 40 percent compared to uberX fares. Both services will provide fare discounts for passengers who sign up, regardless of whether they get matched, for being willing to share.

Neither carpool app will be rolled out on a wide scale for some time. Lyft Line is starting just in San Francisco and only on Apple devices; UberPool is still in “private beta.”

Today, like every weekday, about three-quarters of the nation’s adult workers — more than 100 million Americans — drove to work alone. It was ever thus: Americans, it seems, just don’t like to travel together.

John Zimmer and Logan Green, the founders of the ride service Lyft, say they want to change that.

Lyft, like its better-known rival Uber, lets you call a car using a smartphone app, and a driver who is also using the app rushes over to pick you up. This week, beginning in San Francisco, Lyft will introduce a new feature, Lyft Line, that instantly matches riders who are traveling between similar places at similar times, and offers each of them a deep discount to share a ride rather than go solo.

The plan is a clever way for a car-sharing app to go beyond reducing our dependence on private car ownership — with car-pooling, it could end up reducing the number of cars on the road.

The discounts offered by Lyft Line range from 10 to 60 percent off a standard ride; on average, the company expects people to save about 30 to 40 percent for sharing. These discounts would mean traveling from San Francisco’s popular Mission neighborhood to the Financial District for about $5 a ride; using standard Lyft, Uber or a taxi, the same ride might cost $9 or more.

Rents are inching down according to the rental site Lovely's second quarter market report probably because, writes Curbed LA "no one can afford them." 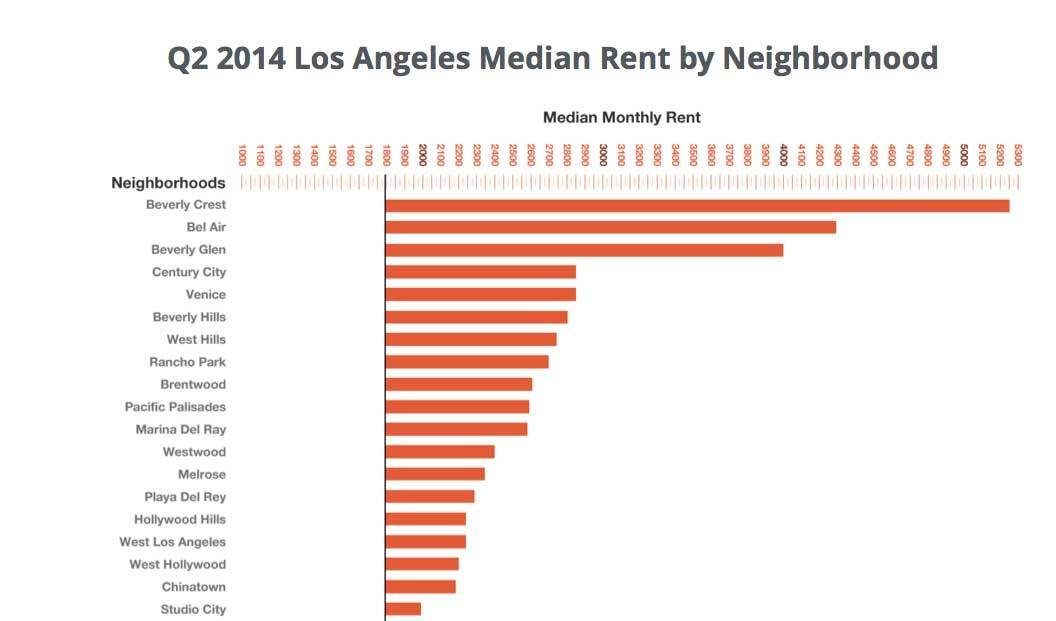 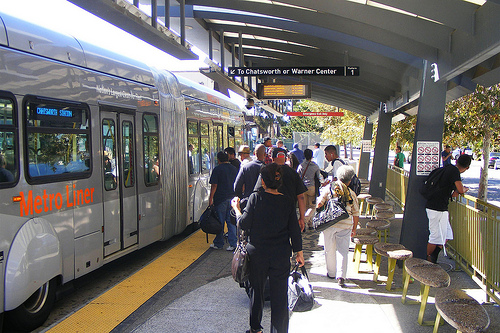 Now that a bill has passed reversing 1991 legislation banning construction of a rail project on the right of way that became the Orange Line, elected officials and other San Fernando Valley leaders are calling for conversion of the Orange Line to light rail, and an extension to the Bob Hope Airport and on to Glendale and Pasadena — to be paid for with proceeds from a sales tax measure likely to go on the 2016 ballot. (At a Metro board meeting yesterday a motion was passed directing Metro staff to develop protocols for adding unfunded projects — such as this proposed conversion and extension — to its long range plan, including an amendment that noted some current projects remain underfunded by the existing Measure R sales tax and should be given funding priority in a new measure.) Move LA's Denny Zane and Beth Steckler concluded the press conference evidenced that there is a very collaborative — not competitive — dynamic characterizing recent discussions about what projects should be included in a future sales tax measure. Below are some of the things said at the press conference, a video of which can be viewed on Metro's The Source HERE.

LA City Councilmember (and Metro boardmember) Paul Krekorian: People who live in the San Fernando Valley are not wedded to their cars! . . . Part of the reason for initiating this dialogue is to figure where the money will come from, and where's the most opportunity for game-changing investments? That's why we're considering a future sales measure.

Glendale City Councilmember Ara Najarian: There are 30,000 boardings a day on the Orange Line!

LA City Councilmember Bob Blumenfeld: We need more capacity on the Orange Line. There are 50,000 jobs in Warner Center and the new specific plan calls for another 40,000 jobs.

LA County Supervisor Zev Yaroslavsky: In order for the Metro board to know what to put on the ballot we need a well-thought-out list of projects to consider. And that is why we are having that discussion.