LA Mayor Eric Garcetti and LA County Supervisors Zev Yaroslavsky and Mark Ridley-Thomas have drafted a plan to temporarily halt a Metro proposal to raise bus and rail fares by 25 cents 3 times over the next 8 years. The proposal, to be presented at the Metro board meeting Thursday, May 22, would allow one increase this summer but put the other 2 on hold until a panel of transportation experts could assess the feasibility of alternatives such as raising parking fees at stations or annually adjusting fares to reflect changes in the consumer price index.

It's a sure thing: LA Metro is receiving a $1.25 billion New Starts grant from the federal government as well as an $856 million federally backed TIFIA low-interest loan for the Purple Line subway extension under Wilshire Boulevard. The agreements were signed Wednesday morning (see photo of LA officials below) and will allow construction to begin later this year. The $2.8 billion extension of the subway, which currently ends at Wilshire and Western, will include new stations at La Brea, Fairfax and La Cienega, and is to be completed by 2023.

Utility relocations are already underway along the subway route on Wilshire and a 75-foot-deep exploratory shaft has been dug across from LACMA. The second phase of the project will extend the subway to Century City in 2026 and Westwood in 2036, but Metro continues to search for ways to accelerate construction of this and other transit projects.

The grants and loans signify a federal vote of confidence in LA Metro, which has gotten more New Starts funding from the federal government recently than at any time during the past two decades, and is in the midst of what is being called the largest public works project since the Great Depression. Earlier this year Metro secured a $670 million New Starts grant and $160 million TIFIA loan to help fund construction of the Regional Connector, which will connect the Blue, Gold and Expo lines in downtown LA to provide "one-seat" rides across the county.

In another piece of good news, on Monday a $265 billion federal transportation reauthorization bill sailed out of the Senate Environment and Public Works Committee, chaired by U.S. Senator Barbara Boxer, and now goes to the full Senate. The measure would maintain the U.S. DOT's current level of transportation funding, approximately $50 billion per year.

The bill reauthorizes the federal gas tax, which collects about $34 billion a year to deposit into the Highway Trust Fund. This would address mounting concerns that payments to states will have to be stopped in late July when the Highway Trust Fund reaches a fiscal cliff. However, $34 billion/year over 6 years equals only $204 billion, which means the Senate Finance Committee will have to find other funding sources to make up the $61 billion it would take to maintain current funding levels.

President Obama had earlier proposed a 4-year, $302 billion infrastructure spending bill. But Boxer said maintaining current funding levels was the best deal she could reach with Republicans on the committee.

Read more on The Source.

What do you think about Measure R2?

Excitement is building around the prospect of funding an even bigger build-out of LA County's transit system!  Check out the video below (also in the upper lefthand corner of our website), shot at Move LA's 6th Annual Transportation Conversation at the end of March. We hope it helps spark an ongoing discussion about the proposed "Measure R2" 1/2-cent sales tax measure and what it could fund. "Measure R2" (as we like to call it) is likely to appear on the 2016 ballot and will require the yes vote of 2/3 of LA County voters — which means LA Metro and its Board of Directors must develop a program that serves all of LA County. Help us spread the word about the possibility of a new sales tax measure! Talk to friends and co-workers, neighborhood councils, faith-based organizations and/or community groups. Download maps and other materials about our proposal in the upper left corner of our website.

Thank you Sunflower Media and all who agreed to be interviewed. We couldn't get everyone into this 3-minute video, but this discussion is just beginning. So click on the video and tell us what you think about Measure R2!

The NYTcomments on the end of an era: This country's last bar car — on the Metro North line — has been decommissioned.

This is, as Steve Hymon points out on the Source, an annual debate on what the federal government should spend money on. But there are 3 Metro rail lines in the queue for federal funding -- including the Crenshaw/LAX line, the Regional Connector and the Purple Line Extension -- making the stakes high for Los Angeles County. 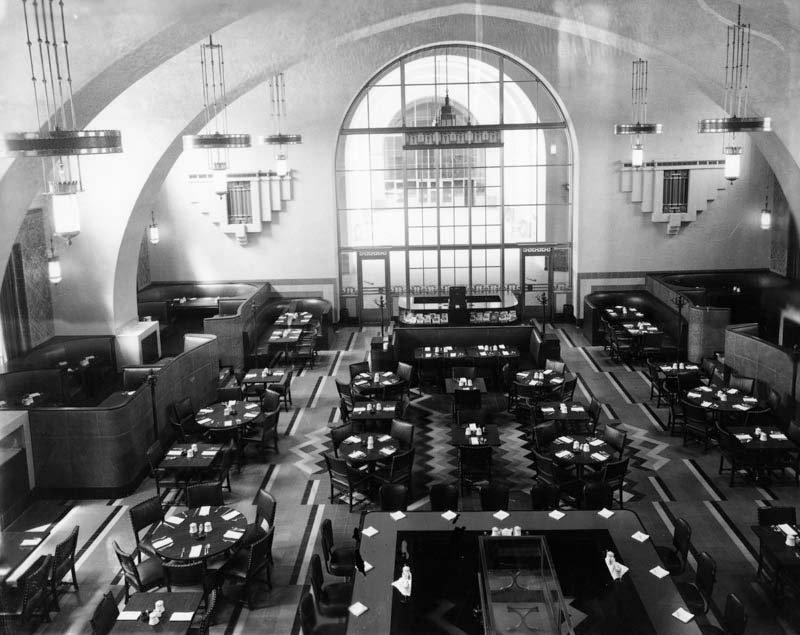 A host of transportation "celebrities" and thousands of others helped Union Station celebrate her 75th birthday this weekend even as 5 new rail lines are under construction — suggesting that Union Station's role as the hub of the transit system and of LA County will continue to expand. Attendees included California State Transportation Agency Secretary Brian Kelley and incoming California Senate Pro Tem Kevin de Leon, and LA Metro, Metrolink, and Amtrak board members. LAist published these historic photos, including the beloved Fred Harvey room back in the day.[/caption]

That's according to the rental site Lovely, reports Curbed LA. Median rent in LA was up more than 13% over a year ago, and up 8% over the previous quarter, while rents in San Francisco only went up 8% over a year ago and 8% over the previous quarter — though with a median rent of $3,200 in San Francisco, how much higher can rents go?

BART's new ride to Oakland International Airport, due to open in time to ferry travelers to and from their holiday flights, could cost passengers an extra $6 a trip and cost the transit agency about $8 million a year. With construction on the $484 million project nearing completion and the testing of trains and other equipment underway, BART officials are examining what it will cost to operate the driverless, cable-pulled connection -- and how much airport-bound passengers should pay for a ride.

In acknowledgement of rising rents and tenant evictions in Los Angeles, housing activists and LA City Councilmember Gil Cedillo declared Wednesday "Renters Day" in Los Angeles, noting: 62% of renter households spend more than 30% of their income on rent, compared to 53% in New York and 48% in San Francisco. That's according to Census Bureau figures recently shared by the LA housing department. As the housing market has rebounded, evictions from rent-controlled units -- allowed under the state Ellis Act -- are on the rise.

Read more in the LA TIimes.