MOVE LA HAS BUILT a successful civic engagement model resulting in smart, transformative solutions to complex problems in LA County. Since 2007 Move LA has worked with a wide range of civic leaders and organizations to “dream big” and identify strategies that address fundamental community challenges by forming alliances and coalitions that champion viable solutions to LA County's problems. To date we have focused on the need to fund transit and affordable housing in neighborhoods near transit, and the success of our work has served as a model for community advocacy in other cities and counties and has been celebrated around the U.S.! Read about our victories over the last decade below. And then read about our goals for 2020 and beyond.

There is so much more we want to do. And at Move LA we like to say, "When you are on a roll, keep rolling."

Or scroll down to read.

This has been a decade of remarkable success in LA County and California as a whole,
and we have played a notable role in it, beginning with:

Measure R, 2008: Move LA built the business, labor, environmental coalition that sponsored Measure R, a 30-year 1⁄2 cent sales tax measure for transportation placed on the ballot by LA Metro in November 2008. It is fair to say we tee’d it up for Mayor Villaraigosa to bring it home. Measure R was approved by 67.4% of LA County voters and would raise $36 B over 30 years for primarily transit investments.Measure M amended R to continue until voters choose to change or end it.

California’s Greenhouse Gas Reduction Fund, 2014: Move LA was a founding member and the only Southern California participant in the Sustainable Communities For All (SC4A) coalition, which won continuous appropriations of significant cap-and-trade funds for transit capital (the Transit and Intercity Rail Capital Program), transit operations (the Low Carbon Transit Operations Program), and affordable housing near transit (the Affordable Housing and Sustainable Communities Program). By the beginning of 2019, more than $8 billion dollars were appropriated by the legislature to state agencies implementing GHG emission reduction programs and projects.

Measure M, 2016: Move LA continued building a coalition that would convince LA Metro to place Measure M on the ballot in November 2016. It is fair to say we tee’d this measure up so that Mayor Garcetti could bring it home. Measure M had no sunset and extended Measure R with no sunset. Together Measure R and M will generate an astounding $160 B for transportation investments in LA County over the next 40 years, and more in the years following—until voters choose to change it. More than 70% of funds will be invested in an expanded rail transit system, enhanced bus service, and active transportation projects. Significant funds were earmarked for enhanced transit services for older adults and persons with disabilities as well.

SB 961 (Allen), 2018: In 2018 the legislature approved and Governor Brown signed SB 961, authored by Sen. Ben Allen and sponsored by Move LA, into law. The bill enables cities to create tax increment financing districts within 1⁄2 mile of major transit service. Districts will be required to use 40% of the tax increment for affordable housing, 10% for urban greening and active transportation investments, and the remaining 50% for transit capital projects and other neighborhood improvements.

No on Prop 6, 2018: In November 2018, working in partnership with labor, we were the primary organizers of the LA County-based opposition to Proposition 6 which sought to repeal SB 1, the legislature’s major transportation infrastructure bill, which provides about $5 billion/year for transportation statewide. Happily, voters rejected Prop 6 and preserved funds to ensure a state of good repair for local streets and highways, with a 15% set aside for investments in transit capital and operations and in active transportation.

1) Move LA will work to ensure that Measures R and M are successfully implemented, guided by a commitment to justice and fairness especially to low-income communities of color that rely most heavily upon our transit system. Move LA will be selective about participation with individual projects and work to keep a countywide and regional focus. Our priorities will include:

2) Move LA will work to create essential tools for community development near transit.

3) Move LA will work to develop and support a State Constitutional Amendment to lower the voter threshold to 55% for local measures to raise taxes, fees or bonds for transit, affordable housing, emission reductions and other purposes. 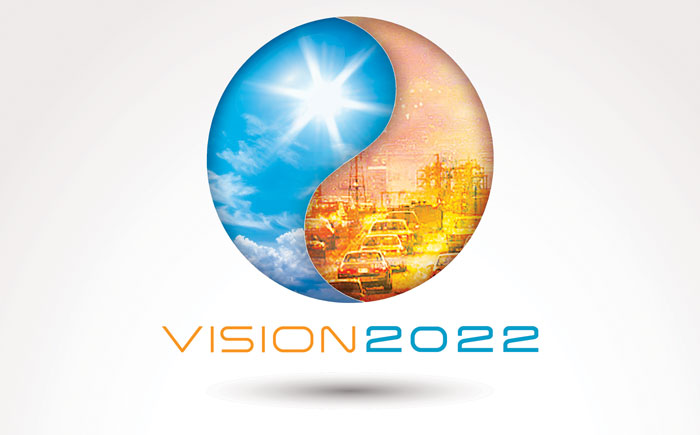 Vision 2022: Our Next Big Campaign

We will work with the South Coast Air Quality Management District to develop a regional ballot measure to finish cleaning our air, make dramatic reductions in GHG emissions, modernize and electrify Metrolink and enable county-level investments in transit expansion. We will need to build a regional coalition to champion it—we propose calling this coalition Move SoCal.

Our transportation successes in LA County need to be matched by parallel successes regionally. We have been discussing this with board and staff of the SCAQMD whose boundaries include LA, Orange, San Bernardino and Riverside counties, excluding the high desert areas. The Governing Board has voted to seek authorizing legislation to pursue such a measure and to conduct polling. Our priorities for such a measure will include:

OUR ACCOMPLISHMENTS SINCE 2008
You can read about our victories with Measures R, M and H as well as our local,
regional, state and federal work over the past decade here.