posted by Gloria Ohland | 599mp
March 15, 2014
Interesting story on Transport Politic that compares ridership growth between 2001 and 2012 on the 10 urban transit networks that are not expanding their rail systems (Los Angeles and Portland are not included). The results support the idea that typical bus operations (as opposed, for example, for BRT projects like LA's Orange Line) are not offering the sort of service that attracts new riders, often because buses are simply too slow and too unreliable. (Networks that are rapidly building rail were excluded on the presumption that installing a new rail line would likely cause a considerable shift from bus to rail.) Read more. 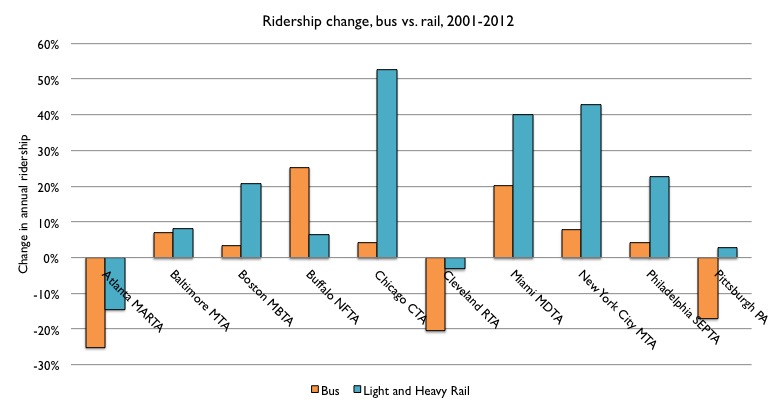