Remember SNL's The Californians and "Drama Off the 405"? 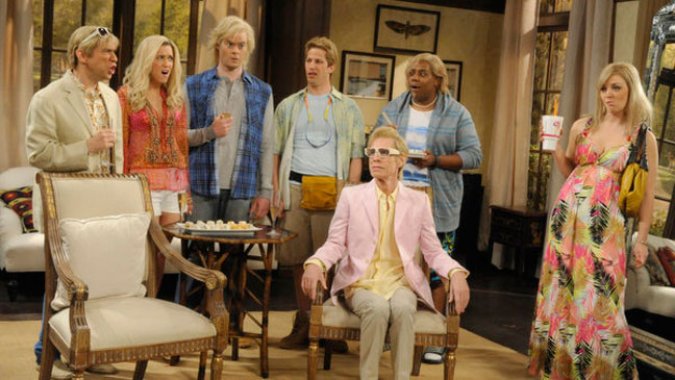 Spent Friday evening with a friend and we started pulling up videos about Los Angeles and then reminiscing about “The Californians,” that soap opera parody in 3 acts with Fred Armisen, Kristen Wiig and Bill Hader, all in blonde wigs. (And photographed here with Mick Jagger in pink.) These friends are enmeshed in a melodrama in which much of the dialogue consists of descriptions of the routes they advise taking to get around traffic in the city, always using a definite article to precede freeways — as in “the 405,” “the 10,” etc. — described in Wikipedia as “characteristic of Southern California English.”

From the Wikipedia page: “Armisen writes The Californians sketches with James Anderson, and says they originated from casual conversations between Armisen, Hader and castmate Kenan Thompson. "Just for no reason, we would talk about how we were just in L.A. and what roads we were on, and we'd be talking about directions, and, 'Well, yeah, you go on Vermont and you make a left,'" Armisen said, adding that he made a significant effort to ensure the navigation they described was accurate, relying on his memory as well as Google maps." Just for fun . . . Watch all the episodes here.