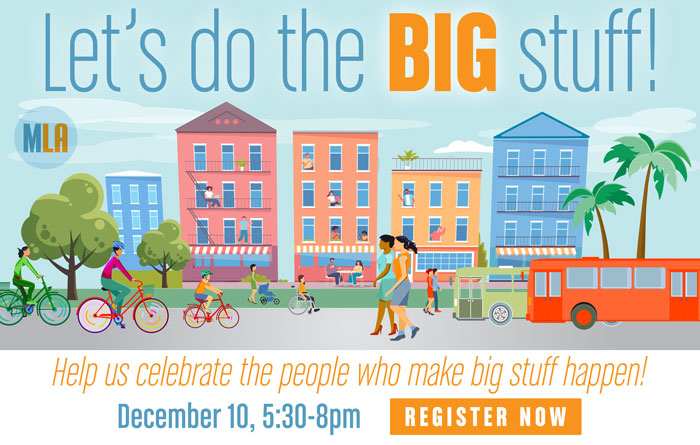 We are drawn to do the BIG STUFF needed to address our transit, climate and clean air challenges, lack of affordable housing, and the need for more and more good jobs so people can support their families. We want to keep working on projects that are the scale of Measures R and M—when we were able to start the ball rolling and then convince powerful elected officials, unions, environmentalists and the voters to join us in support of 2 ballot measures providing $120 billion to build out LA County's transit system over 4 decades.

We have more big projects in the works! And we want to honor some of the people who are have worked with us on these issues for many years and who continue to work with us to achieve the BIG STUFF now.

REGISTER HERE for drinks and an informal dinner at the Boomtown Brewery in the Arts District on Friday, Dec. 10, 5:30-8pm, when we will toast the successes of:

JOIN US! REGISTER NOW for drinks and an informal dinner at the Boomtown Brewery in the Arts District, Friday, Dec. 10, 5:30-8pm.