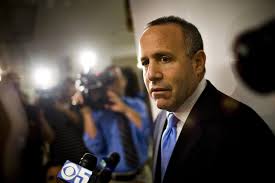 Clearly California Senate Leader Darrel Steinberg has been listening to housing and transit advocates and he understands the problem: Both transit and affordable housing near transit are key to creating sustainable communities that can help meet the state's greenhouse gas reduction goals, but there's no money. Housing bond funds have been exhausted, and the end of redevelopment meant a loss of another $1 billion a year in funding for affordable housing -- even as rents are climbing and older affordable housing is being torn down to make way for new. Neither is there money for builidng and operating transit or for road repair, unless voters step up and agree to tax themselves to do it -- as they have in LA County with the Measure R sales tax for transportation.

Yesterday Senator Steinberg proposed addressing the problem by using Cap & Trade revenues, now approaching $1 billion a year and expected to rise to somewhere between $4-$8 billion annually in the near future. "With Measure R in LA County and Steinberg's proposed use of Cap & Trade funds we are poised to create truly sustainable communities where environmental goals can be achieved and prosperity can be widely shared," said Move LA Executive Director Denny Zane. 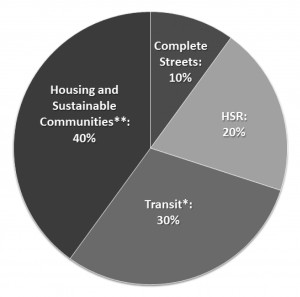 The state Air Resources Board (ARB) is implementing the Cap & Trade program under the authority of AB 32, adopted in 2006, which requires us to roll back the state's greenhouse gas emissions to 1990 levels by 2020. Steinberg's SB 375, adopted in 2008, requires regions to plan to reduce GHG emissions through transportation and land use strategies. SB 535 by incoming Senate Pro Tem Kevin de Leon, adopted in 2012, recognizes the disproportionate impact of emissions on disadvantaged and low-income communities — which suffer higher rates of respiratory illness, hospitalizations and premature death from substandard air quality — and requires the allocation of 25% of Cap & Trade funds to projects within those communities. Steinberg's funding proposal helps implement all three laws.

"Southern California has embraced the goals of California's greenhouse gas reduction laws but we have been calling on Sacramento to provide the tools and funding local governments need to implement them -- and clearly Senator Steinberg has been listening," said Move LA Executive Director Denny Zane. Read more on Senator Steinberg's website.