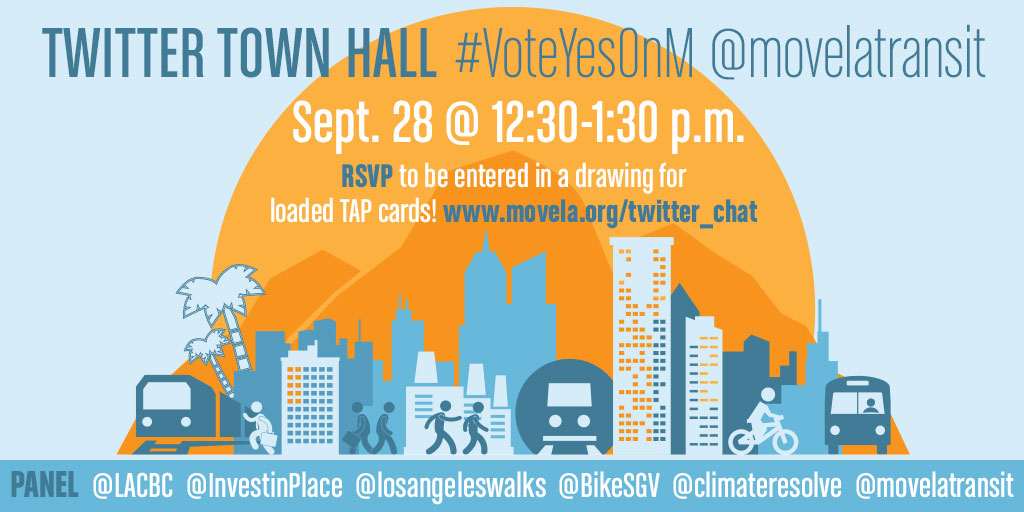 The Move LA twitter town hall on Measure M was jumpin', and we trended to #3 on twitter in Los Angeles using the #VoteYesOnM hashtag even though we had tough competition—it was #NationalDrinkBeerDay, which stayed solidly in 1st place.  There were 450 posts that engaged 100 users in an hour, with tweets by those users going out to another 137,000 users for a total of 1.7 million impressions (which users may or may not have seen). Significantly, more than half of the messages were positive and only 2.5% were negative (rest were neutral). And the tweet that got the most engagement was one with a photo of Ron Milam and his twin boys! Lesson learned: If you want retweets, take photos of your kids! Click below to see a "best of" the storified tweets!