Streetsblog: Congress Trims TIGER But Doesn’t Hack It To Pieces

Both the House and Senate have passed the spending bill that funds government operations through the end of fiscal year 2015 — and the US Department of Transportation’s TIGER program survived! (TIGER has provided significant funding for LA’s rail lines, bike/ped and other transportation projects.) Republicans had proposed cutting the program by 83% and limiting spending to only roads, bridges, ports and freight rail. TIGER was trimmed from $600 million this year to $500 million in 2015. but the House did not get the ban on funding for active  transportation that it had wanted. Here are the top line numbers: 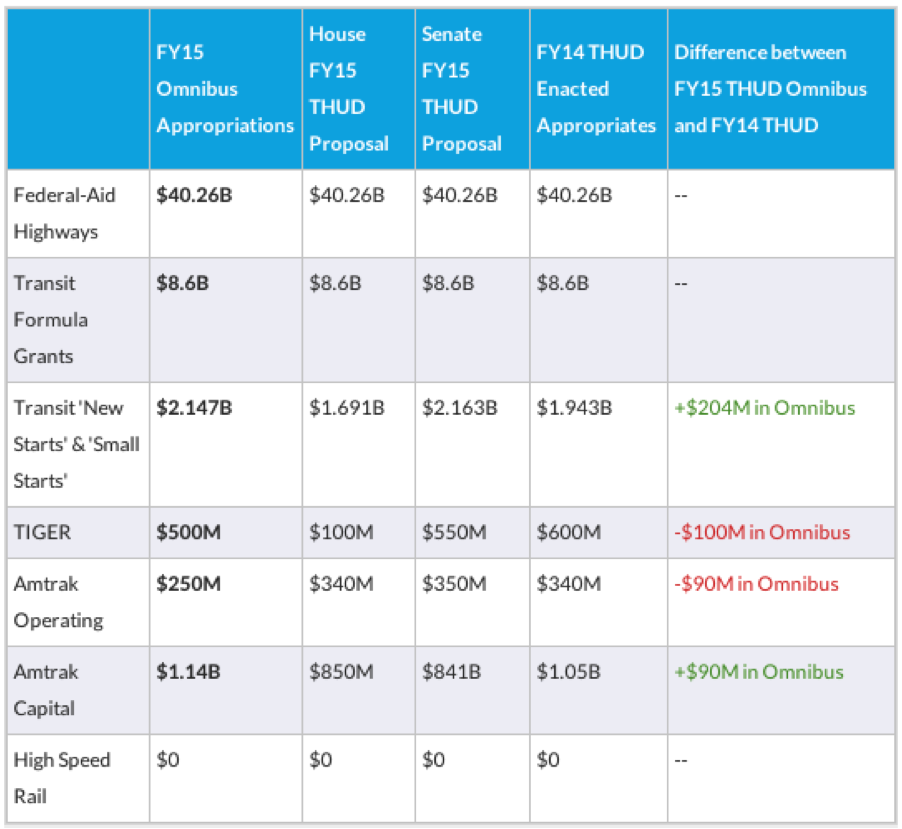