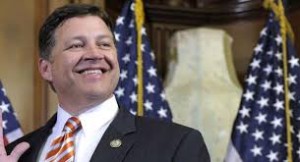 Wednesday. He said he hopes his Transportation and Infrastructure committee will be ready to act on reauthorization legislation by spring or early summer, and that the bill should be on the House floor before the August recess. MAP-21 expires Sept. 30.

Posted on Old Blog by Gloria Ohland · January 15, 2014 11:05 PM
Unfortunately, that's not necessarily the case because Metro and its contractors cannot steer jobs to local residents if the project receives federal funding. The agency can and has required that contractors hire 40% of workers from low-income areas but these areas can be anywhere in the USA. 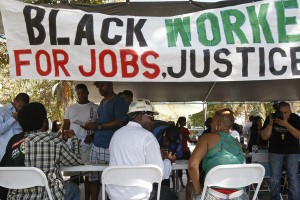 Posted on Old Blog by Gloria Ohland · January 15, 2014 10:48 PM
The Metro board of directors begins to discuss whether to put another sales tax measure 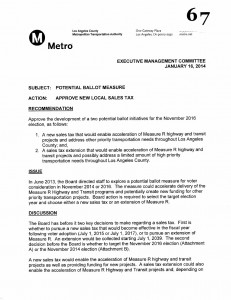 LA TIMES: FUNDING FOR SUBWAY AND REGIONAL CONNECTING IN SPENDING BILL BEFORE CONGRESS

Posted on Old Blog by Gloria Ohland · January 15, 2014 10:36 PM
The state overall takes a slight hit from a reduction in funding in the trillion dollar spending 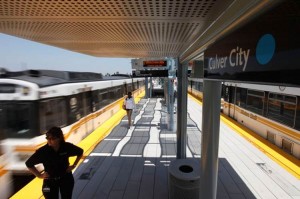 bill before Congress this week, but LA Metro is likely to get some federal money for the Westside Subway and the downtown Regional Connector. The funding would cover a portion of the projected $2.8 billion first segment of the subway extension from Wilshire and Western to Wilshire and La Cienega, and also a portion of the $1.4 billion tunnel downtown that will link the Gold Line to the Blue Line and Expo Line.

LA WINS THE PROMISE NEIGHBORHOODS SWEEPSTAKES, WHICH COULD INCLUDE MONEY FOR TRANSIT AND BIKE LANES

Posted on Old Blog by Gloria Ohland · January 08, 2014 6:13 PM
The White House has designated a swath of Los Angeles as one of five "Promise Zones" in the U.S., making these neighborhoods eligible for millions of dollars in federal resources to alleviate poverty. The designation gives Los Angeles preferential status for federal grants from numerous agencies, and could provide funding for affordable housing, public transit and bike lanes, education, public safety, and increased access to career and technical training through a partnership with the LA Community College District. The designated zone in LA stretches through Pico-Union, Westlake, Koreatown, East Hollywood and Hollywood.The four other zones are San Antonio, Philadelphia, southeastern Kentucky, and the Choctaw Nation of Oklahoma. The designation lasts for 10 years.

The number of people living in poverty in Southern California  increased from 1.9 million in 1990 to 3.2 million in 2012. The U.S. Census estimates that when both income and the cost of living are taken into account 24% of Californians live in poverty, the highest poverty rate of any state. Stanford University and the Public Policy Institute have concluded LA County has the state’s highest poverty rate at 27%. 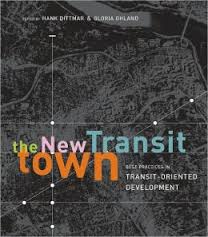 After looking over his extensive library of books on urbanism, Brent Toderian chose the 100 best books that he's collected and read over the years. The New Transit Town: Best Practices in Transit-Oriented Development was #68 on his list, which included books by such renown urbanist-authors as Jane Jacobs, William H. Whyte, Robert Caro, Frederick Law Olmstead, Richard Florida, Christopher Leinberger, and Peter Calthorpe. Written in 2004 and published by Island Press, the book includes chapters on best practices in zoning, financing, traffic and parking, "The Transit-Oriented Drama and its Actors," and case studies on the Rosslyn Ballston Corridor just outside Washington DC, Mockingbird Station and Addison Circle in Dallas, Lindbergh City Center in Atlanta, Ohlone-Chynoweth Station in San Jose, and the Barrio Logan/Mercado project in San Diego. Authors included Gloria and Hank, Shelley Poticha, Scott Bernstein and several other TOD experts.

The book is still available on Amazon HERE.

Posted on Old Blog by Gloria Ohland · January 06, 2014 11:34 PM
A new paper researched and written by the Conservation Law Foundation in partnership with the Dukakis Center for Urban and Regional Policy at Northeastern University in Boston features 10 case studies about transportation finance including Measure R. Move LA Executive Director Denny Zane was then asked to participate in a series of "learning conversations" allowing stakeholders in Massachusetts to find out more about how the Measure R campaign was waged. The full paper can be downloaded HERE, but the key lessons from LA are these, according to the paper:

Support for transit projects in large geographic areas requires bundling with road improvements. To elicit broad-based support for Measure R, participants in the campaign early on decided that a mix of rail and bus transit and highway projects was necessary. A multi-modal approach made it possible to provide benefits across LA County, since not all areas could benefit from the transit improvements. The expenditure plan was carefully calibrated to make sure that no part of the county could say that they were not receiving any benefit.
Coalitions of unusual bedfellows are more effective.Zane’s success in bringing together representatives from the environmental, labor, and business communities, who had never worked together before and literally had never visited each others’ offices, and getting them to agree to collaborate, sent a powerful signal to decision-makers. As a result, elected officials, including the Mayor and Metro board members, realized that tackling the transportation revenue problem in 2008 had legs, which brought to the table not only their support but also their leadership.
Polling is a crucial tool in campaign development and implementation. The various polls conducted by Metro, the Mayor, Move LA, and Yes on Measure R helped convince Metro and others to initiate the campaign, shaped the exact language of the ballot question, and perfected the public message used to round up support for the measure. County Supervisor Yaroslavsky, whose support was seen by many as critical, remained non-committal until Move LA conducted a poll and Metro confirmed its results with its own poll. The Mayor, in turn, conducted a third poll, before he got on board. Likewise, the carefully crafted public message, that took into account voters interests and concerns and was so important to the close result, could not have been developed without polling.
A charismatic leader can get the ball rolling and help overcome adversity. While the circumstances in 2007 clearly were ripe for a transportation finance campaign, someone had to convene the stakeholders. It is fair to say that without Zane there would not have been a Measure R campaign. Zane’s ability to bring people together and his willingness to take a risk kick started this effort and likely carried it through.
Legal hurdles can be overcome despite a tight ballot timeline. Leaders did not give up when faced with hurdles ranging from LA County’s refusal to consolidate the ballot to the legislative changes required to allow the duration of the sales tax to be extended and to permit Metro to collect taxes. While these obstacles seemed insurmountable on a tight deadline, the time constraints ultimately worked in the campaign’s favor, motivating the legislature to respond quickly.

NEW LA RAIL STATIONS WILL ALL HAVE A UNIFORM DESIGN

Posted on Old Blog by Gloria Ohland · January 04, 2014 1:32 PM
Most of LA's rail stations have unique identities intended to reflect the character and history of the neighborhoods in which they are located and incorporating art by local artists. Some are quite stunning — including the Green Line's El Segundo station (adjacent 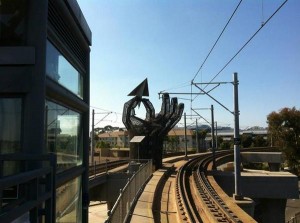 to the aerospace industry) with a sculpture of a large hand launching a paper airplane, and the Red Line's Vermont/Beverly station with its boulder-studded ceiling — and some are clearly not (these will go unmentioned). But now Metro has decided new stations will all have a signature look . . .

Posted on Old Blog by Gloria Ohland · January 04, 2014 12:24 PM
More and more stories about the transformation of LA keep appearing (see the link to Christopher Hawthorne's recent LA Times piece on our blog). The most recent is on Huffington Post, where Kathleen Miles discusses 20 transformative projects — some in planning, some almost underway and most of them in downtown LA — ranging from plans to cap the 101 freeway in order to create more park space downtown to the 51-mile LA River greenway project, and including: 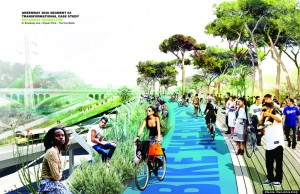 Posted on Old Blog by Gloria Ohland · January 04, 2014 11:48 AM
Numbers released at the 4th Annual Economic Recovery & Job Creation Summit last month found that 3.2 million people were living in poverty in 2012, up from 1.9 million in 1990. At the summit — hosted by the Southern California Association of Governments and the Southern California Leadership Council — participants spoke passionately about the need for unprecedented collaboration at the federal, state and local levels around job creation, workforce development, project streamlining, tax credit incentives and eliminating non-performing programs — with the goal of restoring the American middle class.

A Sunday LA Times opinion piece (Jan. 5) on increasing the minimum wage in California ("How California can raise all boats") noted that the U.S. Census recently estimated that when both income and the cost of living are taken into account 24% of Californians live in poverty, the highest poverty rate of any state. Stanford University and the Public Policy Institute have concluded LA County has the state's highest poverty rate at 27%.