Posted on Old Blog by Gloria Ohland · July 14, 2014 10:53 PM
The Source posts a 20-second video of the existing track being welded to the second phase of Expo -- a six mile extension from Culver City to downtown Santa Monica that includes 7 stations.

James Fallow on HSR, One of Governor Brown's Major Ambitions

Posted on Old Blog by Gloria Ohland · July 14, 2014 10:48 PM
James Fallows, national correspondent for the Atlantic and one-time speechwriter for President Jimmy Carter (the youngest person ever to hold that job) is a fan of California's high-speed rail project, and his support for HSR is growing. His reasons range from the dynamic effect of big projects like the freeway system and like HSR to the many health and pollution benefits this alternative to air travel will bring.

Posted on Old Blog by Gloria Ohland · July 14, 2014 10:35 PM
. . . Ever since Metro gave its contractors a "notice to proceed" on building the Regional Connector, a 1.9-mile underground light rail line connecting the Gold Line to the Blue Line and Expo Line in downtown Los Angeles -- to open in 2020. It allows trains to run directly between Santa Monica and East LA on an east-west line and between Azusa and Long Beach on a north-south line.

More on The Source. 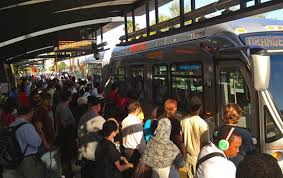 More on The Source. 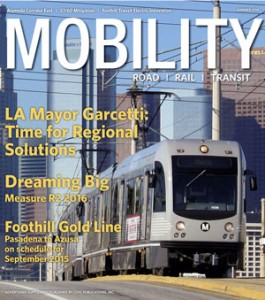 Move LA Executive Director Denny Zane made a clarion call for the proposed Measure R2 half-cent sales tax for transportation on page 2 of the LA Times "Mobility" supplement, in an opening essay entitled "Let's Dream BIG." LA Mayor Eric Garcetti's comments at Move LA's 6th Annual Transportation Conversation were laid out in a story on the following pages, where he noted that voter approval of Measure R in 2008 has helped LA County secure major federal funding for transportation, including 2 Full Funding Grant Agreements and 2 low-interest federal loans totalling almost $3 billion -- for the Wilshire Subway and the Regional Connector in downtown LA, which begin construction soon. In addition, these are some of the projects that Measure R2 could fund:
* Completion of the rail line to LAX
* A tunnel and light rail line underneath the 405 freeway, connecting the San Fernando Valley to the Westside and to LAX
* A Grand Boulevards program that could fund renovation of "Main Streets" with more frequent transit, cleaner and safer bus stops with real-time info, streetscape improvements and landscaping, bike lanes and wide sidewalks, off-street parking, a mitigation program for small businesses, street resurfacing with cool pavement, signal synchronization, and incentives for mixed-use mixed-income residential developments
* Light rail extensions: The Foothill Extension to San Bernardino County, Eastside Gold Line to both Whittier and South El Monte, Crenshaw Line to Wilshire and then to Hollywood, Green Line to Torrance and possibly to the Blue Line and to the Norwalk Metrolink station, and the West Santa Ana Line from downtown LA to Cerritos
* Completion of the Wilshire Subway to Santa Monica
* Bike and pedestrian projects
* A modernization of Metrolink
* Deployment of zero- and near-zero-emission goods movement projects.

"Measure R has been a game-changer for LA," Denny wrote. "It's changed the way the nation views us and should change the way we view ourselves. We are now a success story, a county that's fixing its problems.

Why not be the community we aspire to be?" he asks. "We already have the best weather."

Posted on Old Blog by Gloria Ohland · July 02, 2014 6:13 PM
These rent increases would come on top of steady gains in average rents over the past few years, suggesting that the recent sharp uptick in apartment construction is not slowing the increase in rents. The information is from a new survey by the national real estate brokerage firm of Marcus and Millichap; spokesman John Sebree says that the improving economy, faster-than-average population growth in the prime renter age group of 20 to 34, will continue to drive demand even though multi-family construction has returned to pre-recession levels -- because not enough new apartments are being built.

Metro Board Approves New Station to Bring People Into LAX 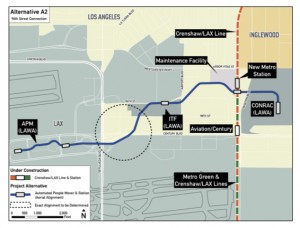 Metro's Board of Directors has taken an important step toward correcting the "historic mistake" (to use the words of LA Mayor Eric Garcetti) of terminating the Green Line 2 miles short of LAX: This Thursday the board unanimously approved a new Crenshaw light rail line station at Aviation Boulevard and 96th Street, where airport-bound passengers can check in for their flights before getting on a People Mover for a ride to terminals at LAX. While the Measure R sales tax has funded the planning of this station, it will not fund construction; Metro needs to ID a new source of funding to build it. The new station would also serve some Green Line trains. Many airports -- including those in San Francisco and Chicago -- use People Movers to transport passengers from rail lines into their terminals.

Read more on Metro's The Source. 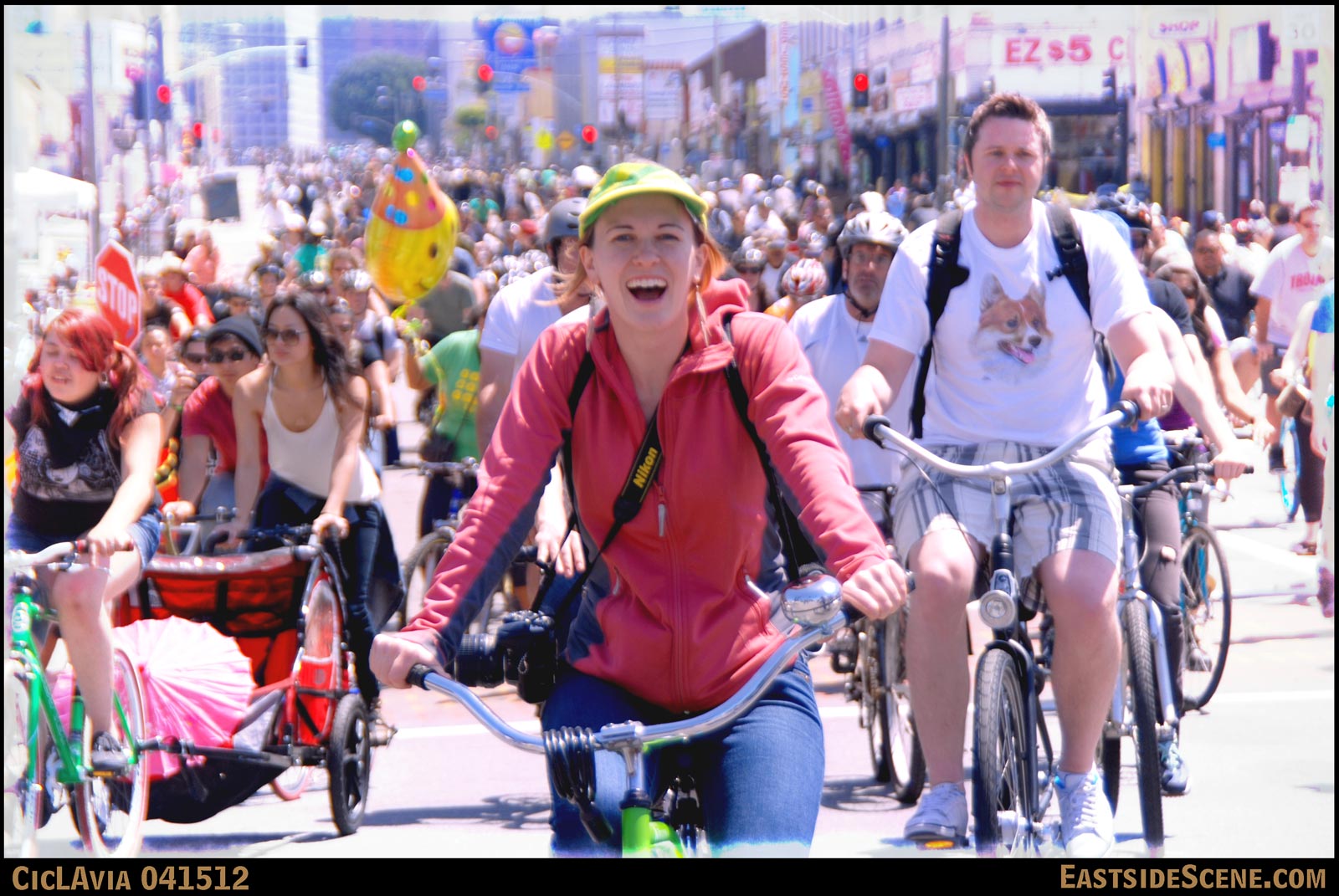 Read more on Metro's The Source.

Posted on Old Blog by Gloria Ohland · June 27, 2014 12:15 PM
LAX, the Getty Museum, Leo Baeck Temple, Cal State Northridge and other venerable institutions dependent on the 405 freeway are banding together to press for a significant expansion of public transportation to provide an alternative to the always-congested 405. In an unprecedented show of solidarity representatives of dozens of institutions as well as LA Mayor Eric Garcetti gathered in the San Fernando Valley earlier this month to discuss a path forward -- likely to be drumming up support for a 2016 ballot measure to raise money for further expansion of the rail system, an initiative that some including Move LA are calling Measure R2. Leo Baeck, a member of the broad-based organizing network OneLA-IAF, first began organizing support for the expansion of public transit in 2012 following an extension outreach effort to better understand what mattered to the congregation.

Read more in The Jewish Journal.
Tweets by @MoveLATransit