Los Angeles County is being reinvented -- in large part because of Measure R -- moving from "sprawl to community development, from car dependence to transit orientation, from municipal fiefdoms to functional realism, from inequality to equity," to use the words of Dr. Manuel Pastor. Research shows that regions with more equitable development result in more sustainable economic growth but realizing this vision, which Dr. Pastor calls "Just Growth," in Los Angeles requires collaboration on new policies that help move us from vision to reality. Dr. Pastor, director of USC's Program for Environmental and Regional Equity, will discuss his new report "An Agenda for Equity: A Framework for Building a Just Transportation System in Los Angeles County" online June 24 at noon. Click here to register, and then join the webinar at www.scanph.org/webinar. 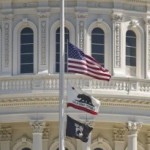 Governor Jerry Brown and the Legislature reached a budget agreement yesterday that includes a breakdown on how to spend Cap & Trade dollars and that ensures funding for public transit, affordable homes and sustainable communities (defined as within a quarter mile of transit). The Legislature will make the decision final on Sunday -- though the breakdown will probably be fine-tuned between now and then. Here's how the agreement would spend the $872 million in Cap & Trade revenues available this year (read more on the blog of the Oakland-based nonprofit organization Transform):
*  $250M for high-speed rail
*  $25M for transit and intercity rail capital
*  $25M for low-carbon transit operations
*  $65M for affordable housing
*  $65M for sustainable communities
*  $200M for low-carbon transportation

The remaining 65% would be distributed this way:
*  25% for high-speed rail on an annual basis
*  40% for a variety of projects with specific amounts to be decided each year, including: low-carbon transportation, energy efficiency, urban forestry, forestry, water, waste.

Posted on Old Blog by gloria ohland · June 08, 2014 4:30 PM
Here are the 3 different proposals for slicing the Cap & Trade pie. Next week during state budget negotiations legislators will choose 1 or mix and match. From LA Streetsblog.

Which Metrolink Stations Generate The Most Ridership?

Posted on Old Blog by gloria ohland · June 03, 2014 12:31 PM
Check out the chart below from the Let's Go LA blog: Metrolink stations with the highest ridership are on lines in Orange, Riverside and San Bernardino counties, also in Glendale, Burbank, Irvine, Tustin, and the City of Industry! The Ventura and Antelope Valley lines perform poorly, as do stations in Van Nuys and Sun Valley. Overall, ridership is trending downward, though only slightly. 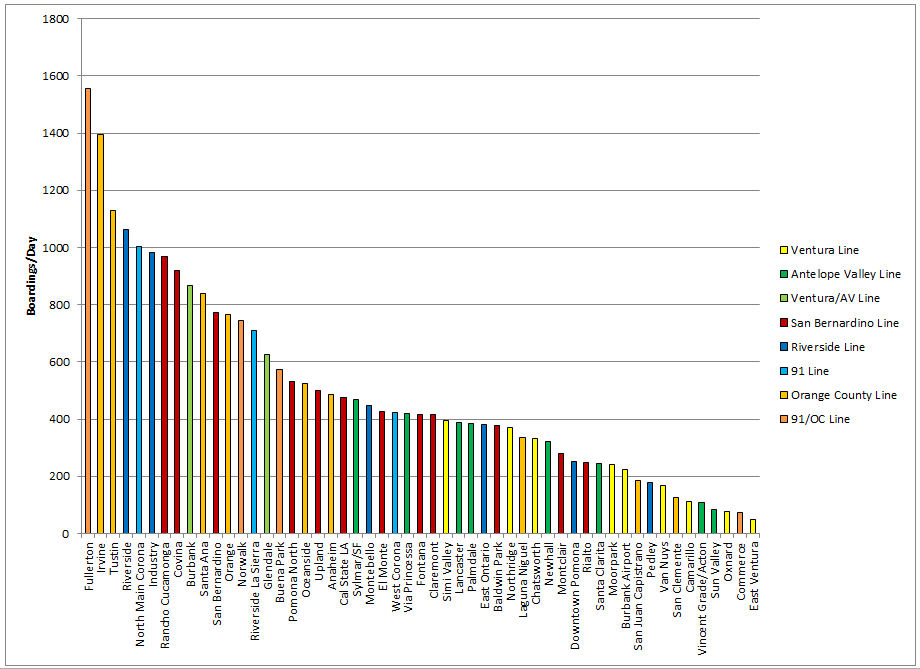 Median Rent By Neighborhood: South Central & Glassell Park Are Still Bargains at $900 and $993 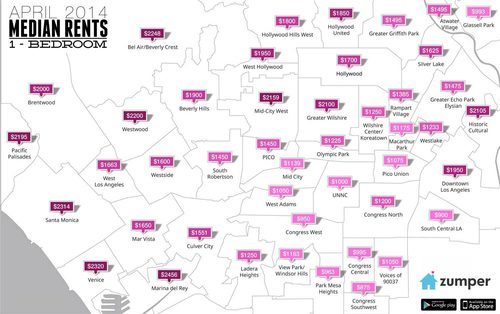 Bill Fulton Is Back in SoCal -- But Without A Car!

Posted on Old Blog by gloria ohland · June 02, 2014 1:17 PM
Planning guru Bill Fulton is back in SoCal after a brief stint in Washington DC. He's now planning director in San Diego, and he's come back to the land of the car without one in order to experiment with shared-use options. He says he's widely pitied by friends and colleagues, who wonder how he manages without a car. But he says they just don't get it because they're making a fundamental mistake: "They are equating owning a car with using a car."

And he writes (in the California Planning & Development Report -- link to article is at the bottom of this post):

"Cars? I have more cars than I know what to do with. I use cars all the time, in order to go all kinds of places, and I am never without access to a car. My overall automobile cost is probably less than half of what it was when I owned a car – because I usually pay for a car only when I am traveling in it, not when it is just parked somewhere.

"I’m well aware that I am on the leading edge of this on, at least in modern urban neighborhoods: Our complete reliance on a “monoculture” of owner-occupied automobiles is being augmented with a much more varied ecosystem that includes not just alternatives to driving, but many whole “car-sharing” thing and that the vast majority of people don’t have the same options because of where they live and work. But the fact that I am doing just fine without owning a car in a traditionally suburban place like San Diego suggests that something important is going different ways to use a car.

Federal New Starts Funding Per Capita In U.S., Before And After Grant Announcement For Subway This Week

Posted on Old Blog by gloria ohland · May 23, 2014 10:57 AM
This week Metro received $1.25 billion for the Purple Line Subway extension under Wilshire Boulevard as well as an $856 million low-interest loan. Metro has gotten more New Starts funding recently than at any time during the past two decades. Download Hi-Rez PDF 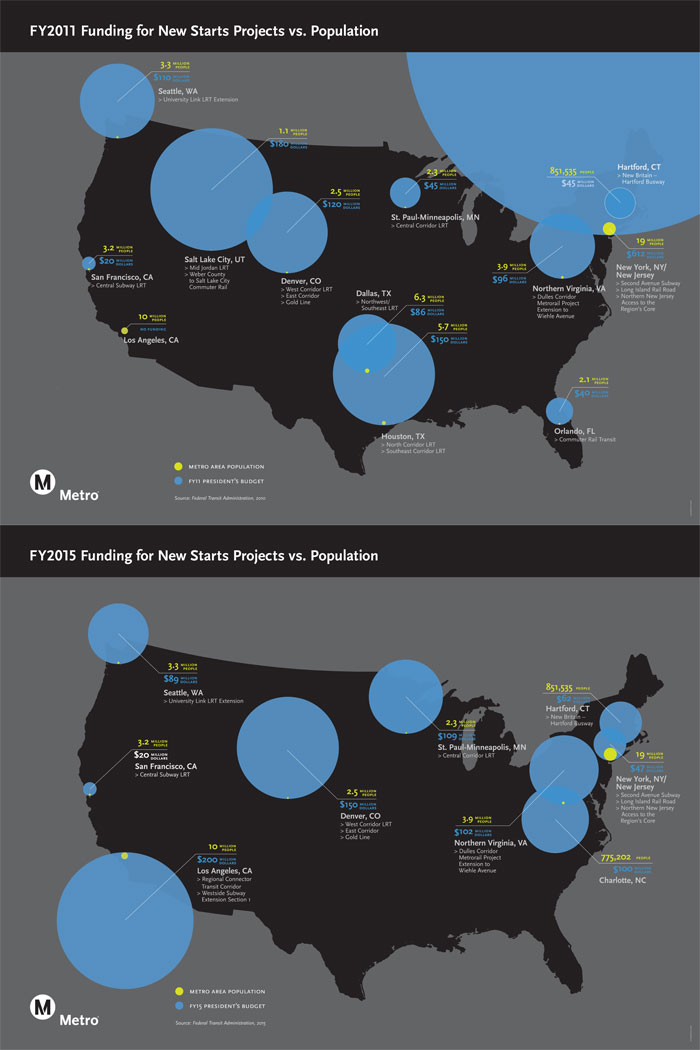 Posted on Old Blog by gloria ohland · May 21, 2014 6:19 PM
LA Mayor Eric Garcetti and LA County Supervisors Zev Yaroslavsky and Mark Ridley-Thomas have drafted a plan to temporarily halt a Metro proposal to raise bus and rail fares by 25 cents 3 times over the next 8 years. The proposal, to be presented at the Metro board meeting Thursday, May 22, would allow one increase this summer but put the other 2 on hold until a panel of transportation experts could assess the feasibility of alternatives such as raising parking fees at stations or annually adjusting fares to reflect changes in the consumer price index.