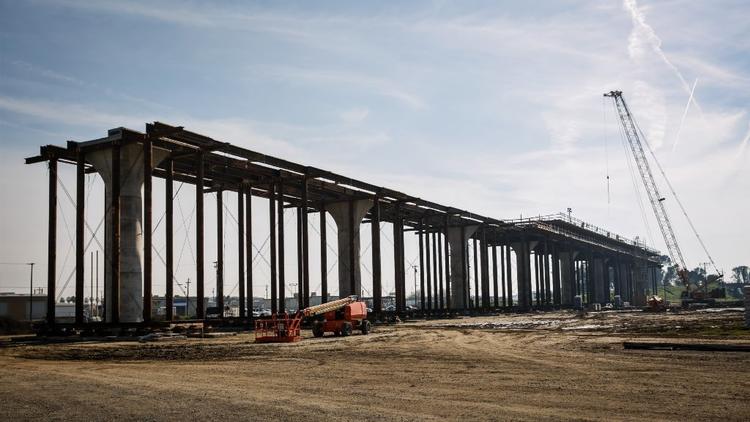 From our transit allies at TransFormCA in the Bay Area: Clean, fast, reliable public transit gives us independence and freedom. It is one of the strategies Americans need to use less foreign oil, which saves families money and keeps us safe. Public transportation is better for our health and the environment, and it connects people to opportunity. These are American values, not partisan ones.

And yet the GOP is playing politics with public transportation, in an early test of the Trump Administration. All 14 of California’s House Republicans have written a letter asking Transportation Secretary Elaine Chao to block a pending grant that will ultimately support California's high speed rail project until an audit of the project is completed. The letter cites cost increases, reductions in project scope, and a failure to attract private investment

The letter also asks to stop appropriation of a $650 million grant to the Bay Area's Caltrain commuter rail agency to install an electrical system that would ultimately be used by high speed rail, but would also allow Caltrain to provide cleaner, faster, more frequent, and safer train service that will serve many more riders.

If the GOP can convince the Administration to kill this project—in Silicon Valley, one of the economic engines of the country—it will embolden them to come after public transit funding anywhere.

Caltrain has already signed contracts to start the electrification project on March 1. If the Trump Administration holds off on approving these funds this month, Caltrain won’t be able to honor those contracts and would be liable for penalties, putting the whole project in jeopardy.

Politics shouldn't get in the way of building smart infrastructure with broad environmental and economic benefits. PLEASE SIGN THIS PETITION to Secretary Chao and the entire California congressional delegation on Feb 15. We have nearly 1,000 signatures but we want 25,000!