THE PLANNING COMMISSION PRESIDENT AND THE TRANSIT CORRIDORS CABINET 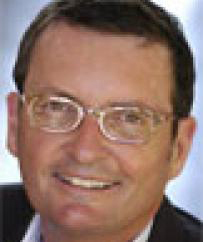 Bill Roschen is president of the City of LA’s Planning Commission, which has final approval over hundreds of millions of square feet of development in the 478 square miles that make up the City of Los Angeles. He is only the second architect to ever head the commission — renown African American architect Paul Williams served on the first planning commission, in 1920.

In 2007, when Roschen was vice president, the city planning commission issued a “Do Real Planning” manifesto with the express goal of elevating development decisions out of the mire of politics and into the realm of professional planning based on community engagement and consensus. Roschen has sought to do this in difficult discussions about infill and redevelopment projects in Hollywood, around USC, and in the Cornfield/Arroyo Seco neighborhood northeast of Chinatown. He’s also been a part of teams that developed 3,000 housing units in Hollywood. His goal is to approve and to build projects that honor the context and history of neighborhoods, that are grounded in community politics, and that help move architecture toward “a public intelligence . . . and larger public purpose for architecture.”

The Transit Corridors Cabinet is something he has helped the mayor’s office coordinate, and he says:

On why LA has the best neighborhoods in the world:
“Neighborhoods in Los Angeles are each so different. Each has amazing housing product. And each neighborhood is connected by main streets that should support the people who live there with shopping and services and corner grocery stores. We destroyed that with a car culture that turned main streets into rivers of fast-moving cars that are unsafe for people on foot or bicycle.”

On engaging the public:
“If we really are going to change our urban form — to be oriented around bus or rail instead of the car — then it requires a thoughtful public conversation. This needs to be a public-private partnership. We need to experiment with new ways of public engagement.”

On accountability:
“All eight departments will discuss their six-month workplan with the public before taking it to the LA City Council. This is the first time the city has tried out this kind of process in the name of ‘accountability.’”

On LA’s emergence as a “transit metropolis”:
“Mayor Villaraigosa’s legacy of investment in transit and TOD will transform the City of Los Angeles. Collaborative, collective efforts like the Transit Corridors Cabinet are necessary to implement the policy changes that can accelerate this transformation.”

On the name “Transit Corridors Cabinet":
“A lot of cities are talking about transit-oriented development or TOD. But this isn’t just about development. It’s about connecting neighborhoods with transit corridors as well as the car. It’s about urban form.”

On “doing real planning”:
“As a city we have left it up to developers to define how the city evolves. The process needs to be more well-considered. We need to understand developers’ strengths and their weaknesses, and then integrate this understanding into the craft of urban form.”

On the importance of bike/ped:
“Neighborhoods need to be connected with corridors that are walkable and bikeable. And these corridors need to offer people something to walk or bike to.”

On working collectively:
“The city has to bring about this transformation while doing more with less staff and funding. It’s easier to work in isolation than to work collectively, but it isn’t as efficient, effective, or progressive. City departments and their managers understand this.”